Why Enugu must not sacrifice merit on altar of zoning 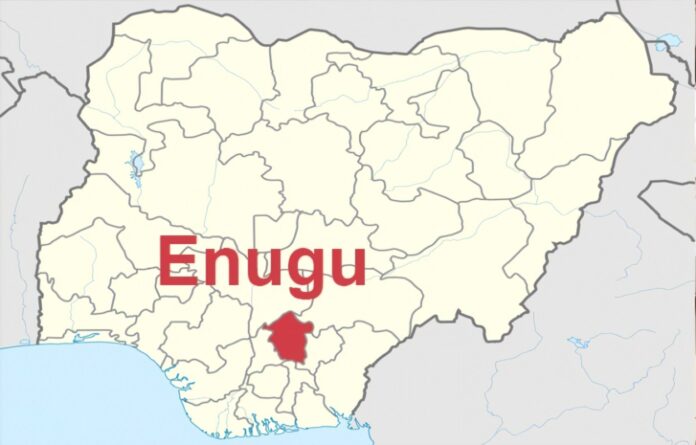 It was the senior British Conservative politician of the 1930s, Mr. Edward Frederick Lindley Wood, who posited that, “True merit, like a river, the deeper it is, the less noise it makes,” while an American Chief Executive of a blue chip company, Mr. James Barksdale, averred that, “Where we can compete on merit, we do very well”.

It is on the strength of the above quote that the foundation of this discussion is premised. Enugu State must not sacrifice merit, experience and competence on the altar of zoning arrangement in selecting who succeeds Governor Ifeanyi Ugwuanyi, especially now that the state is playing a catch up with other states in the South East and the rest of the federation in terms of socio-economic growth and sustainable development.

The entire South East and not just Enugu are now physically challenged in terms of security of lives and property, epileptic economic growth, lack of access to basic social amenities, low standard of education, lack of employment opportunities for youths, lack of access to good roads and several other abnormalities, like wide spread poverty and the lists is endless.

Therefore, dissipating energy on zoning arrangements in a perilous time like this amounts to throwing the baby away with the bath water. The truth is that Enugu is amongst the pariah states in the Nigerian Federation that will simply close shop or cease to exist the moment federal allocation stop coming.

It is time for the state to look beyond zoning in recruiting the next governor who will use his competence and reach to move the state out of the inglorious position in the scheme of things in Nigeria and change the paradigm for the better.

Necessity they say is the mother of invention, therefore, it is time for Enugu to re-think its leadership recruitment process with a view to putting square pegs in square holes for accelerated development and economic growth in the state.

It is time for the state to wean itself of the breast milk gushing out of the federal government’s saggy breast.

In the words of Senator Dr. Ike Ekweremadu, “Nigeria operates feeding bottle federalism,” and it takes a man who loathes such aberration to change it if given the opportunity.

Senator Ekweremadu is the man that the cap fits as far as Enugu State governorship race is concerned. Governor Ugwuanyi and other Peoples Democratic Party, PDP stakeholders in Enugu State should be made to understand that Ekweremadu’s ticket is the only short route to its continued dominance of politics of Enugu State.

With Prof. Chukwuma Soludo in Anambra State, Enugu state cannot afford not to elect a man with a capacity to move with the same speed of development that will envelop the south east zone in this dispensation.

The multiple ailments ravaging Enugu State is now beyond the diagnosis of a resident doctor and prescription of a pharmacist, it now requires the attention of a consultant if the state desires to survive the next one decade.

What this means politically speaking, is that Enugu needs a tested and trusted leader who possesses the requisite knowledge on governance, vast in experience and have a verifiable track record of quality leadership. That leader is Senator Dr. Ike Ekweremadu.

It is however, regrettable that critical stakeholders in Enugu State are consumed with the partisan passion on zoning rather than competence and experience which the state needs more than anything else at this time of her journey out of the woods.

That is what the former Deputy President of the Senate will do if given the opportunity to decide the fate of Enugu state as the next governor of the state.

For those who chose to embark on a campaign of calumny against distinguished Senator Ike Ekweremadu just because of some pittance being rolled out to them by unsecured politicians in the state, a time is reckoning but most importantly, they should learn to place public interest above their hungry stomach.

The conspiracy against Ekweremmadu’s aspiration to govern Enugu State will not solve the problem of the state. The answer to Enugu problem is Ekweremadu at the driver’s seat in the state.

The greatest good that will be done to Enugu State in this period of her history is to allow competent and visionary leaders like Ekweremadu to take the driver’s seat of governance in the state for rapid economic growth, job creation, alleviation of poverty and sustainable development.

In conclusion, the kind of leader Enugu State needs today is the type described below by the famous American author and motivational speaker, John Maxwell who said that, “the pessimist complains about the wind. The optimist expects it to change. The leader adjusts the sails”.