Delegates are the bane of good leadership – Prince Ned Nwoko 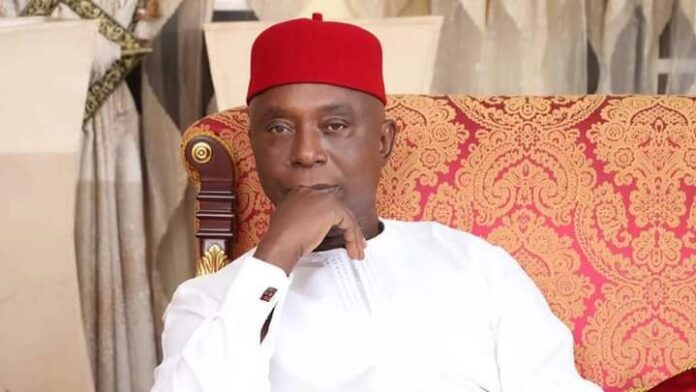 Nigerian Billionaire Philanthropist, Prince Ned Munir Nwoko has charged Nigerians to hold party delegates accountable for the quality of leaders they are left to choose after party primaries.

Describing the cycle of delegate induced situation, the Delta State Born Stateman, urged both citizens and the media to prevail on delegates to shun politics of money and create enabling environment for the right people to aspire for leadership in the country so as to engender required growth and development in the country.

Speaking at the occasion of a Press briefing organized by his self-sponsored Malaria Eradication Project in commemoration of the World Malaria Day, Nwoko who has been a front burner for the total eradication of the Malaria Scourge in Africa, pointed out that the disease is known to be a massive killer especially in Africa and according to WHO, claims over 400,000 lives annually.

He further highlighted the activities of his Foundation; Prince Ned Nwoko Malaria Foundation as Advocacy for a Bill at the National Assembly, to create a malaria Management/Eradication Agency in the country, Sponsoring research for the creation of Malaria Vaccines and campaigns, sensitization and awareness of the general public for hygiene consciousness and environmental safety practices to fight the continuous spread of the scourge as he insists the fight against malaria is a collective effort.

Prince Nwoko also explained that with a truly working Government in place, refuse recycling plants can be established in all the senatorial districts of the country where proper disposal of refuse can be channeled to bear positive fruits such as raw materials processing for boosting production, eco-friendly compost production to boost agricultural produce and bio-fuel as well as power generation which is more eco-friendly. He reiterated the varying benefits of such national projects emphasizing on the most beneficial which is Power generation. By calculation, a plant in each of the senatorial district will create an avenue for the generation of not less than 11000mw additional to the paltry 4000mw currently serving the nation.

Prince Ned Nwoko’s is the only self-funded malaria eradication project in the country and it can be recalled that in his bid to create awareness for the total eradication of Malaria in Africa as a whole, he had embarked on a symbolic voyage to the Antarctica in the South pole in January 2020 as the First African to do so and planted the Nigerian flag making the Nation the 13th to be represented in the virtually uninhabited frozen region. Being evidently a passionate and dedicated fighter the former Federal legislator who represented Aniocha North-South and Idemilli North-South of Delta State, 1999-2003 and who while in office won the Paris Club excess deductions refund for the entire country at her majesty’s royal court, is currently lobbying the National Assembly for a Bill to create the Malaria Eradication Agency. He is also funding the research into the creation of Malaria vaccines which will cover Both Children and Adults and not just Children and Pregnant Women as is currently obtainable.

A selfless Philanthropist, he recently got the Federal approval for Africa’s first sports University which is already in completion. Meanwhile recent developments saw indications that he has also offered to represent his constituency at the Senate at the forthcoming 2023 elections. Many have expressed optimism in the fact that he would be the first ever Nigerian politician to come with hands already filled with people oriented and benefiting project/agenda as against the usual politicking of promises.