Earnings: Unilever swings back to profitability 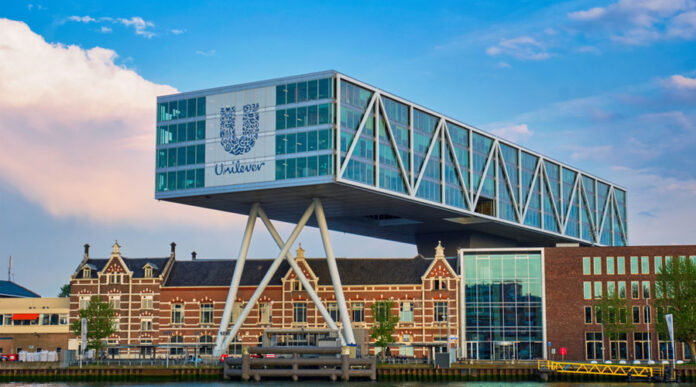 CHALLENGES of erratic supply of public electricity, weak logistics, insecurity and other high costs of operations attributable to poor infrastructure has continued to make the business operating environment difficult, especially the real sector of the economy.

The increase in exchange rate has forced manufacturers to borrow at a high rate, thereby increasing cost of productions, made worse by the infrastructure deficiency, which has inevitably transfer the high production cost to consumers as this had made manufacturers less competitive, shrinking their profit margins, as naira’s devaluation takes its toll on imported raw materials.

However, despite the challenges, Unilever Nigeria Plc, which has for considerable period seen losses in earnings, has, during the half year 2020 swung back to profitability. Unilever built the remarkable comeback on expanding sales by the 35.07 per cent when compared to 2020, majority of it coming from its home and personal care products. When the closing bell rang on Friday, the company’s share price stood at N12.20.

In its financial statements for the period ended March 31, 2020, released by the board, the revenue raked in by Unilever Nigeria dropped to N13.3 billion from N19.2 billion in the same period of last year.

In the same period of last year, the post-tax profit of the firm was N1.5 billion. The company, through its Corporate Affairs Director, Mrs. ‘Soromidayo George, said “Unilever Nigeria remains focused on its strategy to deliver sustainable growth and will continue to monitor the business environment and remain dynamic in its response to challenges to operations and the economy, in the light of COVID- 19.”

According to the filing in NGX, the company recorded a total turnover of N27.3 billion for the six months ended June 30, 2020, compared with N42.7 billion recorded in the same period of 2019. Also, in the results, the firm said its cost of sales stood at N21.2 billion in the period under consideration in contrast to N31.3 billion posted in the same time of 2019, while its gross profit went down to N6.2 billion from N11.4 billion.

A further analysis showed that the sales and distribution expenses fell slightly to N1.8 billion from N1.9 billion, while in the first six months of 2020, the sum of N5.2 billion was used for market and administrative costs, lower than the N5.4 billion expended in the first six months of 2019. Its finance income decreased to N849.4 million from N1.2 billion, just as its finance costs significantly dropped to N5.2 million from N357.3 million.

According to analysts at Cordros Capital, the firm released its Q3-20 results with a reported loss per share of N0.27, its third quarterly loss in the last four quarters, owing to higher operating expenses and FX losses.

“Consequently, this dragged the 9M-20 loss per share down to N0.36. On a positive note, revenue (+93.9 per cent y/y) grew for the first time in eight quarters, far ahead of our expectations (16.2 per cent variance), underpinned by a strong recovery in volumes.

Conversely, the loss per share was 17.3 per cent behind the consensus estimate.” Unilever Nigeria Plc has recorded turnover of N19.4 billion in its unaudited interim report for the quarter ended 31st March 2021, (Q1’21), representing a growth of 46 per cent from N13.3 billion recorded in the corresponding quarter of 2020,

Q1’20. In the results released to the Nigerian Exchange Group (NXG), the company recorded a gross profit of N4.5 billion for Q1’21, which is 31 per cent up from N3.4 billion reported for same period of 2020. Overall, Unilever recorded loss after tax of N.5 billion for the quarter under review, compared to profit after tax of N1.1 billion reported for the corresponding period in 2020.

Unilever Nigeria recorded a turnover of N58.7 billion in the third quarter of 2021, compared to N44.7 billion recorded in the corresponding period in 2020. The company said this in a statement on its unaudited interim report for the period ended September 30, 2021. It recorded a gross profit of N15.9 billion in the period under review, up 61 per cent from the N9.9 billion reported for same period of 2020.

Unilever reported a profit after tax of N1.08 billion in Q3 2021, compared with a loss after tax of N2.06 billion reported for the corresponding period in 2020. The company ended year 2021 on December 31 in the green to sustain profitability. The firm saw a profit of N3.409 billion for the year against a loss of N3.965 billion recorded in 2020.

Based on the result, the Directors recommend to the shareholders the payment of a dividend in respect of year ended December 31, 2021, of N2.873 billion, that is, 50 kobo gross per share, which is payable on Friday May 6, 2022, subject to the deduction of appropriate withholding tax.

The Corporate Affairs and Sustainable Business Director, Soromidayo George, said while the company remained focused on its strategy to deliver sustainable growth, it was pleased with its performance, riding on the pillars of operational efficiency, cost optimisation, purposeful brands and increasing market share across key categories.

“Unilever Nigeria will continue to monitor the business environment and respond appropriately to the challenges in the operating environment, as well as disruptions from the COVID-19 pandemic,” she added.

Amidst the prevailing operational challenges of the environment, Unilever Nigeria will continue to focus on its vision of making sustainable living commonplace by serving Nigerian consumers with the right products that improve their health and wellbeing,” George said.

Unilever Nigeria’s Board of Directors recently approved steps required to implement the separation of the tea business in Nigeria.

It is important for the company to continue to focus on developing homegrown solutions that will address the business needs of people and organisations.