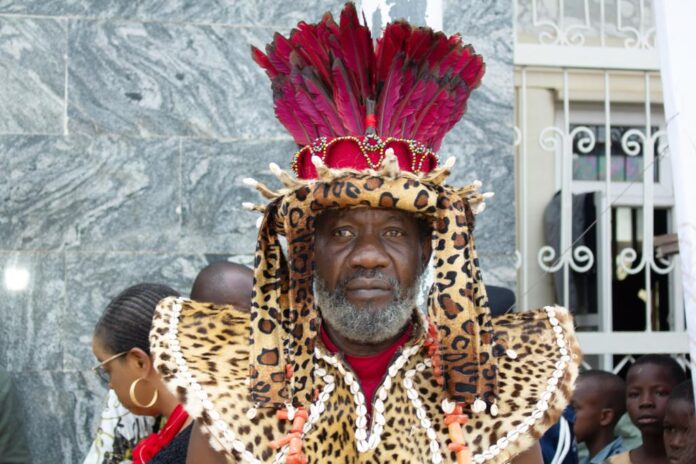 Dr. Ramas Asuzu, is a traditionalist and chieftain of All Progressives Grand Alliance, APGA, Anambra state. In this interview with TONY ORAEKI at his country home, Nri kingdom in Anaocha local district of the state, he spoke on the need to create a revenue window for the state through the promotion of herbal products and concession of autonomy to deserving communities for economic expansion, among other issues.

Prof Chukwuma Soludo has taken over the mantle of leadership in Anambra state. What do you think his government should take up as top administrative priority programmes?

Firstly, we should thank God for sending Prof. Chukwuma Soludo as the Moses of our time, to come and salvage the many problems in Anambra state.

The spirit of Anambra people is very strong with every expectation of good governance from Soludo. I am a strong supporter of the former CBN governor right from his earlier visit to Nri Ward 2, Anaocha local government area, where he promised to turn Anambra into African Dubai.

Actually, Anambra has suffered so much in terms of bad governance where principles of human freedom are relegated to the lowest nadir.

The freedom in the context is reflected in the suppression of some communities which are ripe to be granted autonomy, but denied due to mere hatred or fear of expansion of territories.

Most of the past governors deliberately hurt some communities by denying them the right, rather, they would handpick those communities where they have pretentious loyalists.

For justice sake, equity and good conscience to prevail, Prof. Soludo should, as a matter of due consideration, give some communities their required autonomy for greater economic development in the state.

Regrettably, the former governor, Chief Willie Obiano gave some communities the certificate of autonomy and abandoned those who are not in his good book.

Another pressing issue that has been serially neglected by the past administrations is the promotion of indigenous products. Though, Soludo really promised to seriously engage on indigenous commodities and he has even started demonstrating it by adorning himself with Akwaete fabrics.

Meanwhile, the area of producing herbal medicine also suffers denials and frustrations by the leadership in the state.

It’s most provocative to discover that supposedly many revenue generating avenues have been destroyed due to bad leadership that doesn’t care beyond ponzi schemes. For example, tourism and culture have been handled with levity by some uninformed personnel in the previous governments.

However, these are the two factors that beg for adequate promotion. No doubt, Soludo, as a home-brew and accepted Chief Servant of the state, must give ears to this vital information.

Are you saying there are some communities that ought to be given autonomy by the past administrations?

First of all, freedom is the sweetest thing every living being wishes to cherish. For more than 30 years, 68 communities in Anambra state have been in court of which I am one of the principal applicants. We won at the State High Court, Awka, then Governor Peter Obi appealed at the Appellate court, Enugu. Later, things changed and we shifted to the Supreme Court where justice has not been declared.

Precisely, in Nri kingdom, a group of people from Aguleri came and snatched away our kingship and have been lording over us that it would be impossible to maintain rotational kingship. That it must remain their birthright.

This is why autonomy should be granted to us, Ikenga Nri, to avoid what played out in other volatile communities like Umueri Vs Aguleri.

Having said this, few traditional rulers are said to have condemned this issue of autonomy because of their selfish reasoning of being in charge. Even at this, Gov. Obiano had given certificates of autonomy to some communities; why not release the same certificate to other merited communities?

You talked about the promotion of herbal medicine, what would you advise Gov. Soludo if given the opportunity?

I further give thanks to God for the fact that Soludo has listening ears to this issue of local materials and its production. We really need to wake the state up from its slumber by veering from the usual of embarking on elephant projects.

Before Soludo will delve into production of local materials, he should firstly address the problem with the Bank of Industry, BoI, in giving out loans. The bank is a killjoy in developing our herbal products. The BoI in SouthEast wants everybody to build skyscrapers in urban areas that would serve as collateral before they can approve loans.

I advise Gov. Soludo to endeavour to develop herbal medicine for the betterment of the country in general. As an authority in herbal medicine,if Soludo, as part of developmental strategy, decides to invest in herbal medicine, I believe that Anambra will be the richest state in Nigeria. Other technologically oriented countries like China and India have tried it as alternative medicine and succeeded.

So, if the Governor comes to our aid, as a practising herbal producer, I promise him a positive result in traditional healing of some ailments like stroke, ulcer(Achiele) among others.

Herbal medicine has taken proper advantage in healing much faster than orthodox medicine.

Therefore, we have much to offer in herbal work as we teach some scholars about the potency of herbs. Nevertheless, this provokes the need to build a herbal institute in the state for more impactful lives.

If the state government can build this institute for herbal learning, there will be an opportunity for our youths to be taught its usefulness and the healing strength which nature has endowed in leaves, barks of trees etc.

Which of the past governors in Anambra would you advise Gov. Soludo to emulate his developmental strategies?

I will advise him not to emulate Dr. Chris Ngige. For Peter Obi, he saved our money without making adequate use of them, only to allow some people to come in and devour the whole amounts which were also in dollar bills. These were merely used in prosecuting the victorious 21/21 elections.

Consequently, there is an issue of paucity of funds in the state for Soludo to kick start his heart desired programmes. Therefore, Soludo should start work from the South senatorial zone down to Central because the North has had its fair share of wealth distribution.

Soludo’s predecessor had really tried for the North by providing them with necessities of life.

As the governor has decided to kick start the functions of governance from the densely populated Okpoko area, he should as well remember his home base because South and Central are in great need of development.

Meanwhile, I advise Soludo to be careful with these thief-thief politicians milling around him, they are all fair weather hens and cocks. They are only looking towards the usual stay to wine and dine but woe to them that feel every dispensation is for free lunch.

As a spiritualist, do you foresee any future altercation between the predecessor and the successor as it used to be in the Nigeria context of leadership succession?

Yes, it is automatic and it has started happening spiritually because in Africa, once you are crowned king, you forget the kingmakers. And when a politician climbs a ladder, he quickly removes the ladder and switches off his phone lines.

Nevertheless, I encourage Soludo to do what God asked him to do by putting a smile on the faces of the downtrodden.