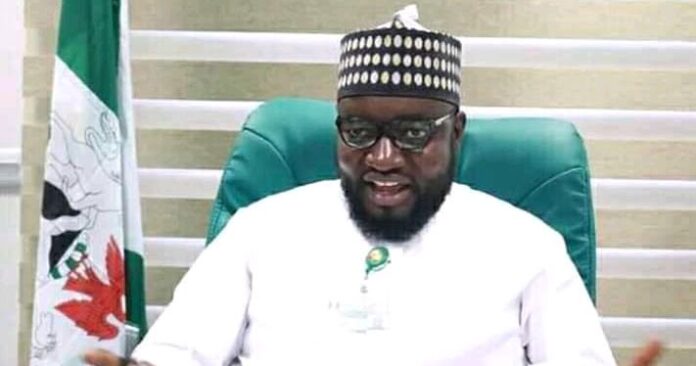 Federal lawmaker representing Pankshin/ Kanke/ Kanam of Plateau State, Hon. Yusuf Adamu Gagdi has said he lost 19 persons who were his coordinators and 24 contact persons during the terrorists attack that claimed 127 persons in some communities of Kanam Local Government Area of Plateau State.

The lawmaker further added that the people of his Constituency are peaceful and law-abiding.

Gagdi, who is the chairman House Committee on Navy, further said he had raised the alarm over the concentration of terrorist around the area when he was at the Plateau State House of Assembly and during plenary at the House of Representatives but no action was taken.

He made this known when Nigeria Union of Journalists (NUJ), Plateau State Council, led by the Chairman, Paul Jatau paid him a condolence visit at his office in Jos, Plateau State.

The legislator noted that he was at Hajji praying for peace and unity of Nigeria when bandits invaded his constituency two weeks ago.

“I was not in the country when the incident happened, I was supposed to be in Saudi Arabia, but I had to come back from the Hajji.

“This is one of my worse political journeys in my life because out of the 127 people killed, 19 were my coordinators when I was contesting for State House of Assembly and 24 were my contact men at various polling units when I contested for House of Representatives in 2019.

”You could see how that attack affected me. I have said it everywhere that if these people were to be alive, I am sure everyone of them will call me by my name and I am sure I can call over 50 of them by name because they are people that we have worked together since 2018.”

He appreciated the Governor of Plateau State for his swift response and intervention in addressing the plights of the survivors and directive to beef up security in the communities.

Gagdi applauded Journalists in the state for their support through objective and balance reportage that has calm down nerves when such incidences occurred.

He pledged to continue to work and support journalists in the state by prioritizing issues that will create a conducive working atmosphere for them to serve the state and Nigeria.

The Legislator ordered his team of technicians to visit the NUJ Secretariat with surveyors to investigate where a motorized borehole would be sited at the secretariat to provide water.

Chairman of the NUJ, Plateau State Council, Paul Jatau condoled the lawmaker over attacked in his constituency and assured him of the support of Journalists in the state exposing criminal activities in the state through their reports.

He applauded Gagdi for attracting Federal Government presence to his constituency through robust bills that have direct bearing on the lives of the citizens.