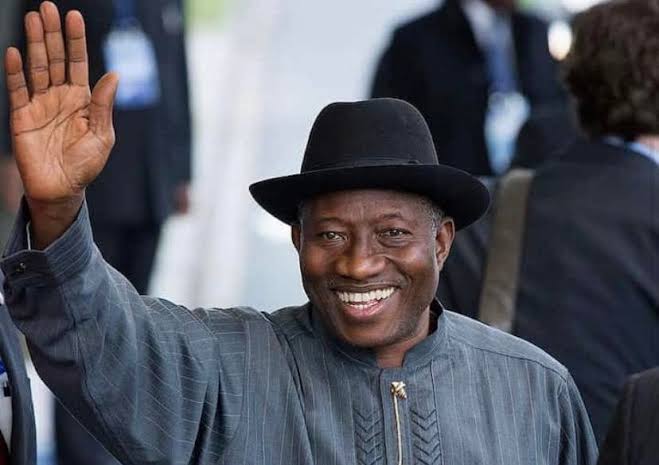 *Says former President is only aspirant with national acceptance

By our special correspondent

As presidential aspirants on the platform of the ruling All Progressives Congress (APC) continue their shadow boxing over who clinches the party’s presidential ticket for the 2023 general election, a political pressure group working for the emergence of former President Goodluck Jonathan has asked other aspirants to queue behind him.

However, the lobby group, Citizens Network for Peace and Development (CNPD) led by Chief Ikiogha Diekivie who spoke yesterday in Abuja while asking other aspirants to queue behind the former president noted that he (Jonathan) is the only aspirant with national acceptance.

“Going critically through the list of presidential aspirants from the two major political parties, we are convinced that all other candidates are regional champions. However, President Goodluck Jonathan reflects national acceptance that will give impetus to APC’s victory in 2023 elections.

“As vanguards for Nigeria’s development, peace and unity, we want to reiterate that our beloved country cannot afford to have a regional champion as a flag bearer”, the group said.

Further rationalizing their position, Chief Diekivie said that allowing candidates without clear cut vision, especially those who had declared interest so far get into Villa in 2023, would not only “be suicidal but we would be as guilty as those that aid and support incompetence over competence”.

The group stressed further; “We strongly believe that while this administration is working round the clock to address the two major problems bedeviling the country; security and the economy, it would be counter-productive to bring an amateur to take over from President Muhammadu Buhari at this material time.”

From the economic standpoint, the group noted that Nigeria under Jonathan saw huge foreign direct investment, FDI, and infrastructural developments due to his economic liberalism and friendly disposition.

“The Nigeria diasporic policy also enhanced over $24 billion in remittances. Nigeria and Nigerians were the pride of Africa and the world”, the group further noted.

While calling on the Senator Abdullahi Adamu led National Working Committee of the All Progressives Congress, APC to provide a level playing field for Jonathan to vie for the 2023 general election, it insisted that the party needs assets rather than a liability.

“Jonathan’s political credentials will increase the chance of APC winning the presidential elections in 2023”, they maintained.

The ruling party is expected to commence the sale of forms to its presidential aspirants today. It was to have commenced last Friday, but the party postponed the commencement due to technical hitches.

The party had pegged the cost for its presidential form at N100 million.