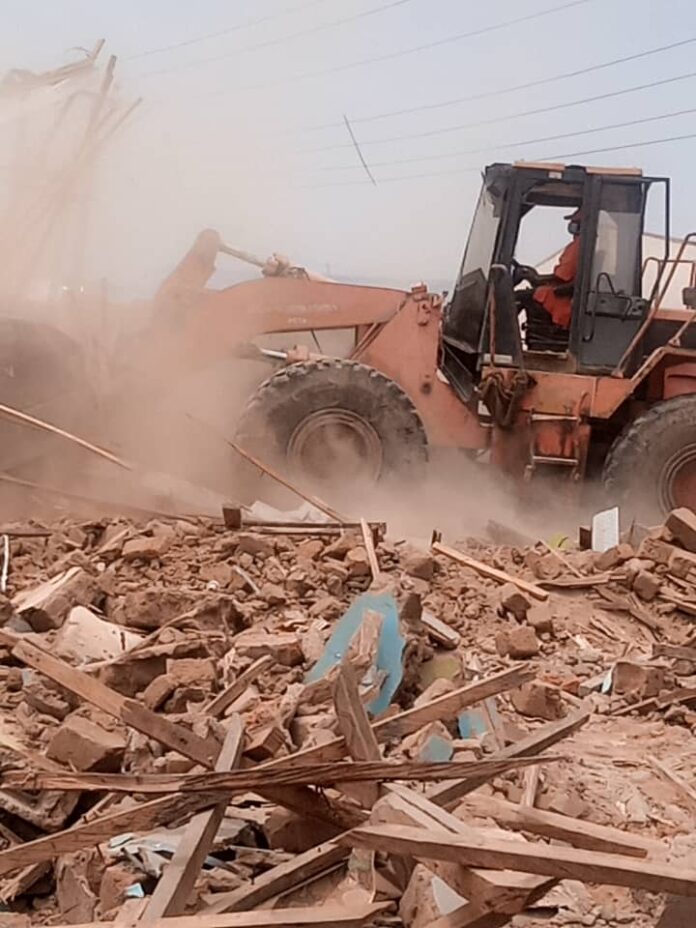 Director, Development Control Department, Murkhtar Galadima, who spoke to journalists at the venue, said the operation is continuous on Wednesday.

He also the denied on the spot bribing of FCTA staff because according to him it didn’t stop them doing their jobs.

He said, “We are demolishing illegal structures all over Abuja. There are over 500 illegal houses that were demolished today alone”.

On the spot bribing of FCT staff, “It is just an allegations but it is not true. You could see that no houses were spared, it is only indigenous houses that were spared, whether you give someone money, it doesn’t matter, that is why I said it is not true.

“Even those we marked some people tried to cover up our markings and we removed those structures. We haven’t finished the exercise and we will finish it tomorrow”.

The Senior Special Assistant on Monitoring Inspection and Enforcement to the minister of FCT, Ikahro Attah, at the venue explained why the indigenous houses were spared, that it was because they were living in Abuja, before the creation of th capital city.

“Yes, upon the directive of Minister of Federal Capital Territory, FCT, Malam Muhammad Bello that said all illegal expansion of indigenous villages should be halted immediately.

“Sadly people who should have gotten legal lands in other parts of the city, come to buy land here, with agreement written on fullscarp sheets, b believing that government would not come and when government comes people will defend them, but to our own irony , we discovered that many people invested wrongly in a very painful manner. We saw hundreds of structures that were illegally built, we had to remove them and restore master plan and check in security and to also nature development in the city”.

“The indigenes are the ones that have rights because we met them in Abuja and untill when they are resettled and compensated, the other ones don’t have right and they invested their funds wrongly” .

Ganiyu Musa, who was one of those affected, lamented about being treated as a second class citizen.

“I want the government to know we are all Nigerians and when elections comes they would expect us to vote. I won’t vote again.

“The government should know that we can not all stay in high brow areas and they should remember that their cooks, drivers, house helps live in areas like this” .