The Pitfall Of Sections 850 Of The CAMA Law 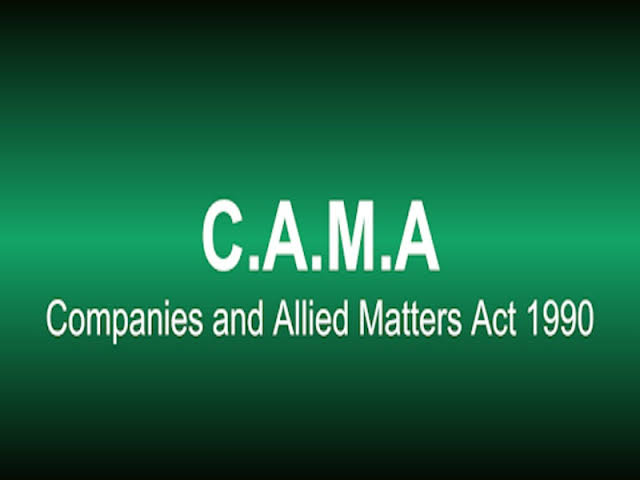 Section 850 of the Companies and Allied Matters Act 2020 empowers the Commission to withdraw, cancel or revoke the certificate of an association at will. When this is done, it provides grounds for the subsequent dissolution of such association by an order of court.

The case of Salomon v. Salomon is a locus classicus on the fact that a registered company under the law is different from its owners or members. It becomes a separate entity from its members upon its registration as a corporation. This is because incorporation confers upon the company the status of a legal person. This status is defined in Section 42 of the Companies and Allied Matters Act 2020.

Once a company is incorporated, it is awarded a Certificate of Incorporation in accordance with Section 41 (6) of the Act, and this certificate shall be primary evidence of the fact that the requirements of the Act in respect of registration and matters precedent and incidental to it have been complied with, and that the association is a company authorised to be registered and is in fact duly registered under the Companies and Allied Matters Act 2020.

Furthermore, the grounds for the dissolution stipulated in the Act include – said where the aims and objectives of the association have been fully realized or where such aims and objectives have turned illegal; here the association’s period of existence has expired; where it is just and equitable to do so; or where the certificate of incorporation has been withdrawn, cancelled or revoked by the Commission.

There shall, in addition, be a notice to members which may be affected by such dissolution. Also, extra property remaining after the satisfaction of assets and liabilities shall either be paid to associations with similar objects or a charitable object and not to any trustee or member.

It is my opinion that the persons and entities qualified to apply for the dissolution of an association may not entirely act in the joint interests of its trustees. For example, the governing body or council may choose to act selfishly in the decision-making of the association and not protect the general interest. One or more trustees may also decide to compromise the association. The fifty percent membership requirement is also unjust on the argument that at least fifty-one percent should be stated as the standard. While the Corporate Affairs Commission must rightly be empowered to carry out their duties of revoking, cancelling or withdrawing the certificate of incorporation, it doing so at its will is extravagant.

In conclusion, the grounds for dissolution of the incorporated trustee’s association is fair enough except with regards to the withdrawal of the certificate at will. The positive objectives intended by the Act are also defeated by the qualified applicants stated in the same. This is due to the possibility of conflicting interests, detrimental decisions and frustrating consequences to the association. Where a portion of the association believes that the association has fulfilled its objectives but the other half claims otherwise, there is a question of truth to be answered.

In improving the state of the law in Section 850 of the Companies and Allied Matters Act 2020, a review of that provision is necessary. It is without doubt that there will be unending debate and chaos from the interpretation of the section. It is important to note that the Commission has also been vested with enough power and control over incorporated trustees, and so it is rather excessive that it also reserves the right to deprive the association of its certificate of incorporation at its own discretion. An attempt to amend the provision must ponder on the principles of fairness, equality of interests and justice.