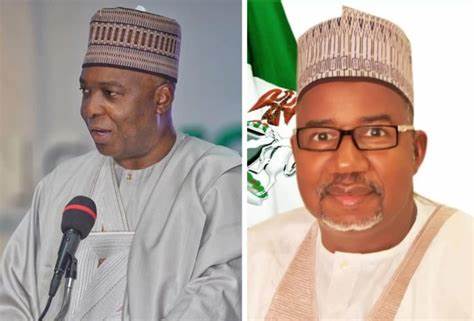 A former Director General Federal Radio Corporation, FRCN Dr Ladan Salihu has described the endorsement of the Northern Elders Forum of Governor Bala Mohammed on his presidential aspiration as a better opportunity for Sen. Bala chance grab the presidential ticket..

Ladan Salihu while making a Press Conference on Monday at the NUJ secretariat, Bauchi, saying that Gov Bala has all the qualities to lead the country for betterment of Nigerians, considering that he has been accepted by supporters and well wishers across the country.

He said Nigerians can attest to the leadership qualities, capacity and endorsement of Gov Bala to represent the good people of North East and Nigeria as a whole.

Salihu, a former Information Commissioner in the state, commended the Northern Elders Forum led by Professor Ango Abdullahi for the initiative, describing it as a welcome development and urged Nigerians to consider North East and in particular Bala’s candidacy for the development of the country.

“I called this press conference to tell the nation that it is time for the zone, North East has the capacity, has ways and means politically with Senator Bala Mohammad and no body should be intimidated, frustrated by that. In Governor Bala there is not only capacity and competency, but he was endorsed by the generality of people in northern Nigeria especially in the North East.

“What the Northern elders did is to give Nigerians a template of leadership recruitment so that if you want to have a leader, you can go to his profile.

Salihu pointed out that, Gov Bala Mohammed as Governor of Bauchi state, has performed extremely well thereby transforming the state and therefore, among all the presidential aspirants, he is not only brilliant, capable, but has the qualities to assist Nigeria to overcome its current state of desperation, poverty, insecurity and other national challenges.

He then appealed to PDP leaders and elders in the northern part of the country to support Governor Bala to be the PDP presidential candidate as he has all its takes to provide the required leadership for national development and for the development of the country. #