2023: It’s the turn of North-Central to produce president – Saraki insists 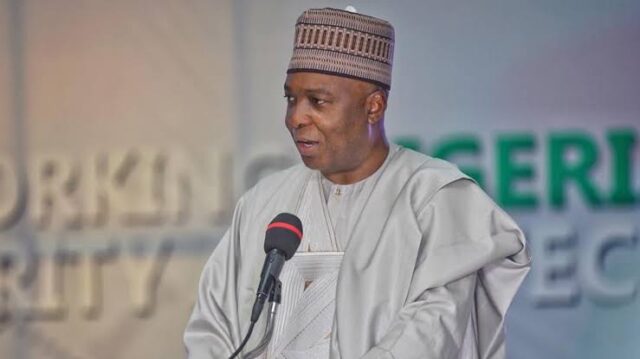 Amid the zoning controversy of the president ahead of the 2023 general election, former Senate President Bukola Saraki, has stated that it was the North-Central geopolitical zone’s turn to produce the next president.

Saraki stated this while addressing delegates from Plateau State yesterday in Jos, ahead of the Peoples Democratic Party, PDP, primary elections scheduled for May.

The former governor of Kwara state, who is one of the many candidates vying for the PDP ticket, said the North-Central has continuously backed other areas in leading the country and deserved similar support this time.

“You remember that before the national convention of our party, we held a meeting in Abuja with delegates of North-Central extraction.

“We said to ourselves that for many times and many years, we, in the North Central, have worked hard, we struggled, used our efforts, used our money, used our energies to support other people to lead.

“Everybody, who had become President under this great party, got the seat because of our massive sacrifices. We have now resolved that it is time for others to vote for us in 2023,” he said.

Saraki maintained that the North-Central have capable hands to address the country’s numerous concerns.