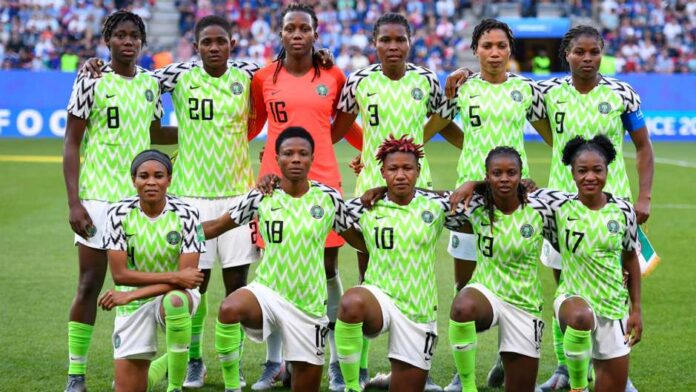 Nine-time defending champion, Nigeria’s Super Falcons already have their position determined even before the draw ceremony for the Africa Women Nations Cup final that will hold on Friday at the Mohamed VI Complex in Rabat, Morocco.

They have been allocated Group C as the top team. They are therefore designated as C1. In similar fashion . Hosts Morocco are designated as A1, meaning they are in Group A as the first team.

Cameroon as the next best ranked team after Nigeria will be in Group B as B1. The remaining nine teams will now be drawn into the three groups to have four teams per group.

The remaining nine teams are Botswana, Burkina Faso, Burundi, Senegal, South Africa, Togo, Tunisia, Uganda and Zambia. Three of these teams will be drawn to face Nigeria in Group C.

In the draw procedure, there will be three pots, each containing three balls. The first ball drawn from Pot 1 will go to group A, a ball will drawn from Pot A to determine its position (A2, A3, A4) in the group.

This procedure will be repeated for all the remaining teams in Pot 1.