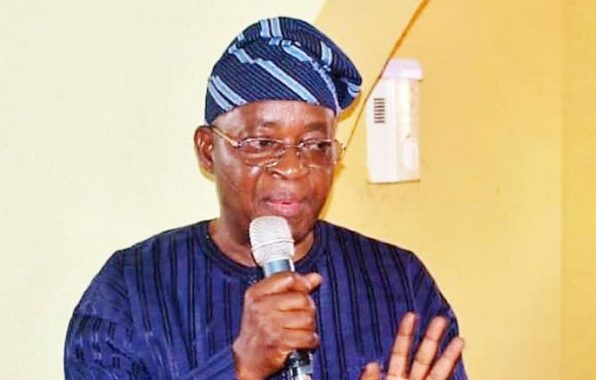 Governor Gboyega Oyetola’s led administration in Osun state has reiterated its continuous efforts in creating healthy environment for the citizens of the state.

This was made known on Tuesday, by the Chairman, Mineral Resources and Environmental Management Committee (MIREMCO), Prince Omolade Binuyo while reacting to a report condemning the state government over contamination of Osun River.

According to him, Governor Gboyega Oyetola’s led administration expressed concern over mining activities which he said constitute a threat to government’s investment in other sectors.

The MIREMCO boss, who pointed out that mining activities had led to contamination of Osun river and other contaminants which is currently threatening the state’s investments in the water sector said the Committee is working assiduously to put a stop to the menace.

The statement who bemoaned the flagrant abuse of the state environment by the illegal miners, especially the pollution of the Osun river, stating the Committee’s readiness to wage war on the people who have resisted guidance and refused to follow due process for mining in Osun.

He noted that, the incumbent Governor Oyetola’s led administration will not relent in making Osun a designation for sustainable investment.

“As part of the efforts of Mr Governor is constitution of a committee of professionals who are working on how the polluted river would be cleansed.

” Similarly, the MIREMCO is working round the clock in monitoring and control the activities of the artisanal miners both substantive and mechanical artisanal.

“Governor Oyetola is also making efforts with various stakeholders in order to conduct mining in an organised manner while the government is also encouraging the miners to conduct their mining in environmental friendly manner” The statement said.

The statement however concluded that the entire Committee would be paying a surprise visit to the miners as part of their readiness to address their menace in the state.