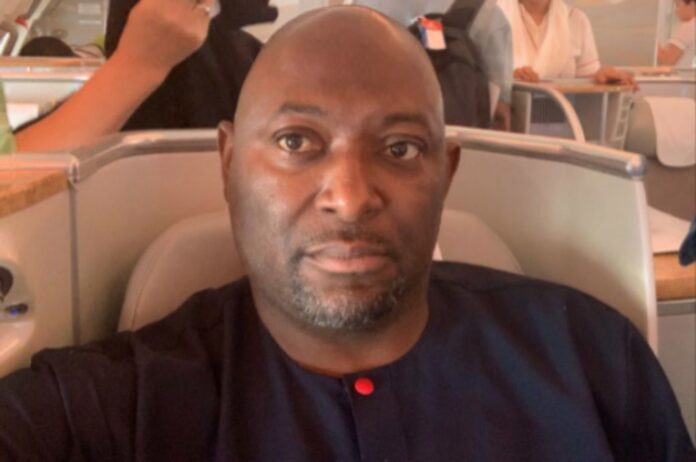 Former Nigerian international, Chikelue Iloenyosi has called on ex-internationals and other football stakeholders to show interest in the forthcoming NFF elective Congress slated for September so as to collectively reposition Nigerian football

Iloenyosi who was recently honoured with an award of excellence by the FCT Sports Writers Association of Nigeria, SWAN, pledged to continue to support the development of Nigerian football.

He also called for a better welfare for retired Nigerian footballers, in line with international best practices.

Iloenyosi, who is the Chairman Board of Trustees of the newly formed All Nigerian Players’ Union, ANPU, said that the union was out to change the narrative.

The ex- Super Eagles defender, who is also the founder of ‘042’ Football Legends Association in Nigeria, an NGO said proper structures need to be put in place to ensure ex-internationals are not turn to beggars after retirement.

He said that was why ANPU was formed in 2021, since the Professional Players Union of Nigeria was not leaving up to expectation of his retired colleagues.

“Let me tell you 85 per cent of former Nigerian players are poor, because they were not professionals, some who are rich have some other things that they are using to help their family.

“Players union is not about federation, it’s about how you put smiles on your colleagues’ faces, how many of them have NGO that is supporting people.

“I created football association singlehandedly funded by me, nobody is giving me any dime. We have 850 people on the platform,” he said.

The former Super Eagles defender stressed the need for a proper retirement scheme for ex-internationals like it’s done abroad.

Iloenyosi featured in the Nigeria national under-20 football team at the 1999 FIFA World Youth Championship. He earned fifteen senior caps for Nigeria in 2000 and was part of the Olympic team in Sydney 2000..