My finishing is still poor – Chukwueze 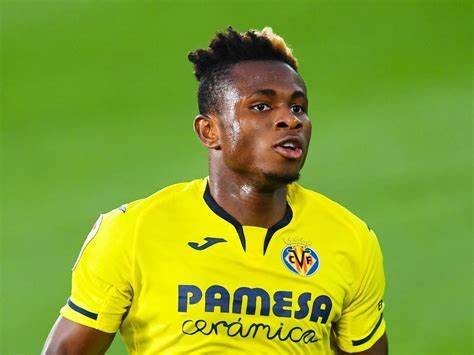 Super Eagles and Villarreal striker, Samuel Chukwueze has admitted that his finishing is still poor as he tries to improve on his overall game.

He will feature for Villarreal when they play away to Liverpool on Wednesday in the semifinal of the UEFA Champions League.

His late equaliser at the Ceramica gave Villarreal a semifinal berth but the winger believes there’s still a lot to learn in the area of finishing.

“Villarreal is just like a family to me. “When someone sees potential in you, they will want you to grow more.

“My game has improved because of the surgery and the coach is doing an amazing job for me. I think what else is remaining is just to score goals, and Emery is doing a very nice job on finishing. Finishing is only thing that is remaining [to improve] in my football,” Chukwueze told BBC.

The 22-year old Super Eagles star also added that Villarreal have treated him like one of their own and this has helped his game grow greatly despite his injury ordeal, and has taken a lot of mental toughness to overcome.

“Coming back, getting injured, doing two surgeries in a season is crazy and tough,”

“When you come back from an injury and you stay out for three months, go back again and do another surgery, it is so tiring and will weaken your mentality.

“If you’re not strong in the head, it’s going to weigh you down. Sometimes you get scared. Whenever you remember, you don’t want to take some risks again.”