Nigeria’s 2023 Election and the dilemma of a Vice President 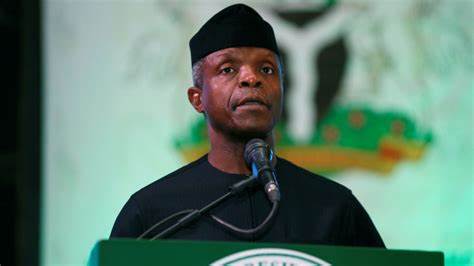 It is no longer news that Nigeria’s Vice President (VP), Prof. Yemi Osinbajo (PYO), has declared his intention to join the 2023 presidential race. PYO has a rich resume and is ably qualified to be the president of Nigeria. Politicians always have challenges when contesting, and the senior pastor at the Redeemed Christian Church of God (RCCG) is no exception. There are issues that can affect his presidential aspiration and I will briefly highlight just three of them.

In his declaration speech, PYO mentioned that he will continue what they started. The first challenge he will have to contend with is his antecedent as VP of Nigeria. What are his achievements or that of his party, the All Progressives Congress (APC), from 2015 to date? During the build up to the 2015 general elections, the APC promised Nigerians that it will focus on security, economy and corruption. Seven years down the lane, are Nigerians better off in these areas?

On the issue of security, the APC has decimated the Boko Haram insurgents it inherited from the previous administration. Nevertheless, the security situation has taken a new dimension and worsened. Almost on a daily basis people are kidnapped in northwestern Nigeria by bandits. Sadly, this region contributes largely to agricultural produce in the country. People in this region have been forced to flee their homes and farms. Unfortunately, this reduced agricultural activity poses danger to food security across the country.

The Abuja-Kaduna road is one of the major roads used for transporting goods and services within Nigeria. Today, the road is heavily infested with bandits and travellers ply the route with their hearts in their mouths. This road which is crucial to Nigeria’s economy has been facing series of intense kidnappings since 2016. The kidnappings by bandits have forced travellers to abandon the road and follow the train. Now, even the trains are not safe!

Recently, on 28 March 2022, the bandits attacked a train conveying 398 passengers from Abuja to Kaduna. No fewer than eight persons were killed. Dozens were injured and according to the National Railway Corporation, some persons are unaccounted for. If in seven years the present administration has failed to secure one of the country’s major roads; how will the VP convince Nigerians that the country will be safer under his watch? How different will he handle the security situation in the country?

On economy, the country has not fared better. PYO was the head of the Muhammadu Buhari led Economic Management Team until he was relieved in 2019. He has been serving as the Chairman of the National Economic Council. The Social Intervention Programs (SIP) initiated to tackle poverty and hunger was even domiciled in his office. Yet Nigeria was labeled as the poverty capital of the World by Brookings Institution in 2018. In response, the APC led administration promised to lift 100 million Nigerians from poverty within a decade. This was reiterated by PYO in his declaration and worryingly not much has been achieved in this regard.

In addition, the value of naira has plunged, national debt, inflation and unemployment rates have risen astronomically. The Economic Recovery Growth Plan that was implemented in response to the 2016 recession failed to meet up to its targets. It has been from one empty promise to another under the APC. The VP has to do something more reassuring to convince Nigerians that he will take a different approach from what they have been doing since 2015.

Furthermore, not much has been achieved in reducing corruption in Nigeria. The Economic and Financial Crimes Commission (EFCC) is Nigeria’s major anti-graft agency. Any serious government willing to fight corruption will fully support the agency. Surprisingly, under the APC administration EFCC had no substantive head for more than five years. With a professor of law as VP, Nigerians expected that he would accelerate the clamp down on corruption.

The second challenge has to do with religion. Islam and Christianity are the major religions in Nigeria. Religion plays a major role in Nigeria’s politics. It is a sin to be perceived as a religious bigot by the electorates. Any attempt to isolate people on the basis of religion will face a fiery and forceful fight back. The famous Nigerian columnist, Dr Farooq Keprogi has made some startling and shocking revelations about PYO’s religion-inspired actions. These revelations can hurt his chances with Muslim and non-RCCG Christians that were sympathetic to his cause.

Kperogi has alleged that major appointments influenced by PYO are distributed mainly across RCCG members. Olive Tree Parish in Lagos is one of the RCCG parishes. According to Kperogi, no fewer than five pastors from this parish have gained appointments in this administration. Not to mention other appointees who belong to the RCCG. Of course, PYO has appointees that are non-Christians and non-RCCG members. But the revelations by Kperogi have stirred up reservations about the candidacy of PYO; threatening the-swelling-rise of his potential supporters. Every politician’s worst nightmare is for the number of his admirers to reduce. His team will have to pull a very good public relations stunt to win the admirers back and prove to Nigerians that he will respect Nigerians irrespective of their beliefs.

Loyalty is the third and final challenge I will highlight. In the book The 48 Laws of Power the first law is “Never Outshine the Master”. PYO’s declaration defies this law because he will be contesting against someone responsible for his political ascension. Thanks to Tinubu, PYO has held only two major political offices in his life: Attorney General/Commissioner of Justice in Lagos State and Vice President of Nigeria.
PYO was nobody in Nigerian politics prior to his emergence as running mate to Muhammadu Buhari. Going down memory lane, since the return of democracy in 1999, all the vice presidents have been governors. Even Atiku Abubakar won his gubernatorial contest before he was chosen as running mate to Olusegun Obasanjo in 1999.

Prior to the 2015 elections, Senator Bola Tinubu, former Governor of Lagos State, was mooted as running mate to APC’s presidential flag bearer: Muhammadu Buhari. Tinubu’s emergence as running mate failed because he is a Muslim like Buhari. As I mentioned earlier “religion plays a major role in Nigeria’s politics”. Tinubu was given the singular honor of recommending a running mate and he chose his former commissioner: PYO.

Does PYO have the political capital to make headway without the support of his benefactor? Whose support is PYO relying on this time around? Only God knows. Governors are major stakeholders in Nigeria’s elections and PYO does not enjoy the absolute backing of any of them. Governors influence the political direction of party members in their states. Without their direction how will PYO triumph at the primaries? The only political base that he has is that of RCCG; which will help him more in general election, if he is chosen as the presidential candidate. To escape these challenges and emerge victorious; PYO will have to pull out a Houdini for someone without the support of Tinubu or Nigerian governors. Another point that can be in his favor is if he is President Buhari’s favorite candidate.

Those considering supporting PYO will be skeptical because of what is perceived as betrayal to Tinubu. Loyalty matters especially where you need immense support. The consequence of outshining the master is monumental in politics. Vice Presidents know that there can be only one sun at a time. In their activities they try not to outshine the president.

Being a VP can be annoying because you are just there as an alternative. In case the president is unavailable due to death, sickness, impeachment and vacation amongst others. Not many have become presidents by contesting as incumbent vice presidents. Even in America which operates a similar system with Nigeria, only John Adams, Thomas Jefferson, Martin van Buren and George H.W. Bush have been this successful. The most recent, George H.W. Bush, made no attempt to outshine his master even when the master was vulnerable.

When President Reagan was shot, VP Bush was not in Washington D.C. Upon arriving he refused to land at the South Lawn where American Presidents land. Bush was not overzealous to outshine Reagan and this played a part in his quest to be president. Another lucky individual is Thabo Mbeki who as deputy president succeeded Nelson Mandela to be President of South Africa. Will Osinbajo be this lucky?

PYO is an intellectual and must have calculated before stepping up to declare his interest. Nigerians are keenly observing how things will unfold. Can PYO survive this dilemma and outsmart the other contestants? As a professor of law and Senior Advocate of Nigeria he has had so many prayers answered. Who knows if this is another one that will be answered?