HomeHeadlines2023: Drug tests for all!
Headlines 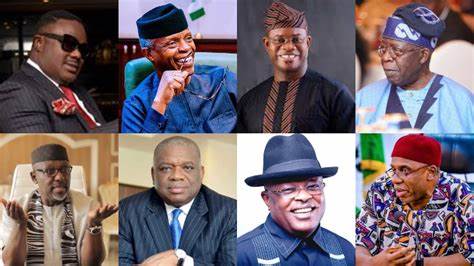 *That public office demands a lot of responsibility not meant for drug addicts, users

*Advocates that drug tests should also be extended to government appointees

As politicians begin to jostle for various positions ahead of the 2023 general elections, Chairman/Chief Executive of the National Drug Law Enforcement Agency, NDLEA, Brig. Gen. Mohamed Buba Marwa rtd, has urged political parties to make drug integrity test part of the screening requirements for aspirants seeking to contest political offices in the elections on their platforms.

He stated this while responding to questions from journalists at the 2022 First Quarter Best Performing Commands Awards ceremony at the Agency’s National Headquarters in Abuja on Wednesday April 27.

According to him; “For politicians, we have long advocated and I take the opportunity again to repeat the advocacy that when they run for public office, it demands a lot of responsibility from the person and we need to be certain if he’s a person that is already a drug addict/user who will spend all the money he’s given for public service to consume cocaine and his head will not be in a stable condition to handle the affairs he has been entrusted with.”

“For this reason, we have advocated and will continue to advocate that drug test be conducted for politicians; some state governments like Kano state are already doing this.

“Not just politicians, but government appointees, and I’ve just sent a letter this morning to the National Chairman of the All Progressives Congress, APC who will be the first of the National Working Committee. I wish to pay an advocacy visit on this issue.

“I recommended that drug tests be incorporated in the screening process for all those interested in running for public office; we’ll do the same to the Peoples Democratic Party, PDP and other important parties”, he stated.

While addressing officers and men of the Agency present at the event, Gen. Marwa said the ceremony has become part and parcel of the Agency’s corporate culture.

He added that recognizing and rewarding hard work and excellence has always been a pragmatic way of stimulating productivity and enhancing the attainment of organisational goals.

Marwa told the officers that the awards and commendations are expected to spur them to surpass their current feats at the next awards ceremony.