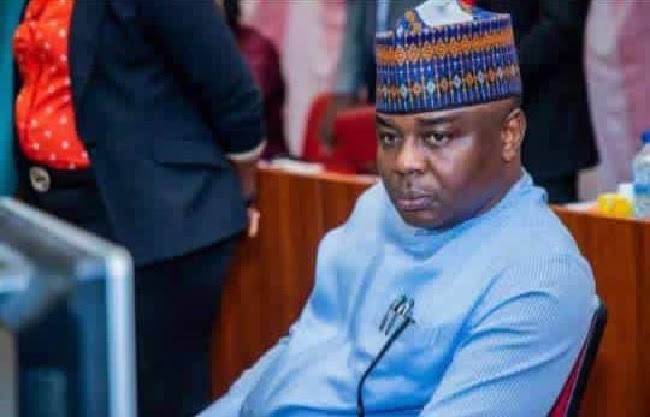 According to the leader of the Borno Communities who obtained the form at the International Conference Centre (ICC), Abuja, former Deputy Governor of Borno State, Alhaji Adamu Shettima Yuguda, the N10 million was donated by the entire members of the communities where the lawmaker hails from.

“I am one of the delegations that came to pick a form for our own representative member, Hon. Muktar Betara Aliyu who is in the holy land. As a community, we are here to pick the form for him, so we are a delegation of millions of people.

“We want him back because of his history and his antecedence. He has done a lot and our people of course contributed money. He’s not even aware that we are here today. We came here to pick the form on his behalf and so this is just for picking the form, the grand finale for the presentation to him will be done in the Local Government”, he explained.

According to him, “the community sent us; they contributed from N20 up to N10 million and so we had the money paid to pick the form and hand it over to him. So our people want him back.”

While speaking on some of the impacts made by Hon. Betara Aliyu, he said: “he has done a lot. If I begin to point them out I won’t finish till tomorrow.”

He said the lawmaker embarked on a series of empowerment and human capital development programmes, road construction and infrastructure in general.

While noting that Hon. Aliyu enjoyed massive support from his constituency, Alhaji Yuguda disclosed that “as we speak, he has no opposition up till now. There is nobody picking the form apart from him. And so it’s just going to be easier. If tomorrow there is going to be an election, so be it.”

Also speaking, Media Consultant to Hon. Betara Aliyu Campaign Organisation, Hajia Aisha Ibrahim described him as “very generous man, very humble and he has the people at his heart – the people of his constituency; he is a very generous man indeed.”

“Most of the empowerment programmes he has carried out in his constituency so far have been that of the women and the youth and I cannot begin to recount them now.

“In fact, recently he did it in all the headquarters of his constituency. One of the things he’s planning is to build an empowerment centre for women who will get trained in different skills. The support from the group is massive”, she added.