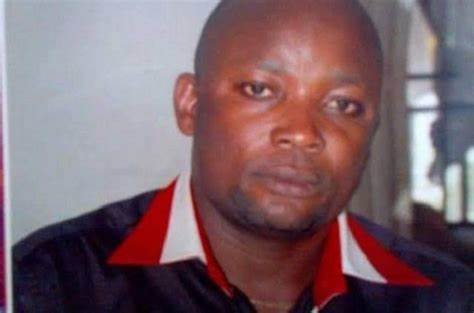 Unknown persons suspected to be gunmen have shot and killed a chieftain of the All Progressives Congress, APC, Sunday Frank-Oputu, in Bayelsa State.

It was gathered that Frank-Oputu was shot at by his assailants through the window of his residence around Bay-Bridge Road in Yenagoa in the early hours of Wednesday.

Frank-Oputu, from Southern Ijaw Local Government Area, was a former state chairman of the Conference of Nigerian Political Parties.

He was also a founding member of the APC in Bayelsa State.

He also belonged to the APC faction in the state loyal to a former Minister of State for Agriculture and Rural Development, Senator Heineken Lokpobiri.

Before his murder, Frank-Oputu was said to be involved in political tussles and some ongoing intra-party litigations rocking the state chapter of the APC.

The slain politician and some of his associates were declared suspended over anti-party activities by the faction of the party loyal to the Minister of State for Petroleum Resources, Timipre Sylva, in 2021.

A member of his family, who pleaded for anonymity, said his killers scaled the perimeter fence of his house and went straight to the window of his bedroom from where they fired several bullets into his body.

“They scaled the fence, went to the window area of his bedroom and shot at him a couple of times,” the source said.

The State Police Command confirmed the murder of Frank-Oputu through a statement issued by its spokesman, Asinim Butswat.

It stated that the “gunmen fired several shots at the honourable through the window of his bedroom and fatally injured him.”

The statement said the Commissioner of Police, Ben Okolo, has charged officers to intensify efforts to identify and arrest the perpetrators of the crime.