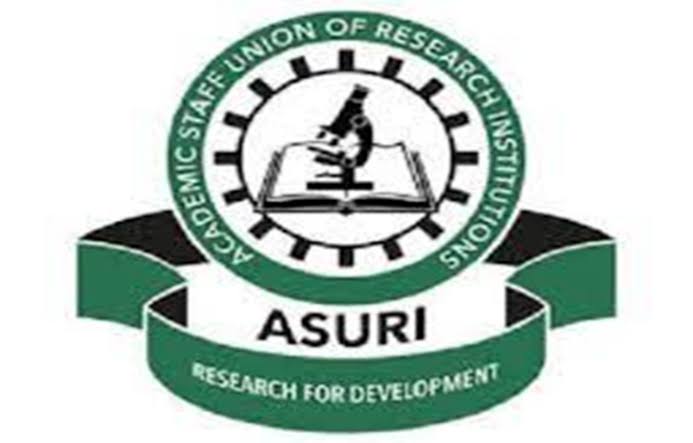 Academic Staff Union of Research Institutes (ASURI) has said it will resist any attempt by Chief executives of Research institutions to intimidate its members or branch executives for embarking on a lawful strike action.

ASURI Secretary General, Comrade Theophilus Ndubuaku in a statement also hinted that it is planning a two-day mega rally with the leadership of the Joint Research and Allied Institutions Sector Unions (JORAISU) to draw attention to the neglect of the research sector.

He said the leadership of ASURI is aware that some Chief Executives have been victimizing or threatening their members who are legitimately observing the strike.

He said, “Any attempts by the CEO and/or members of Management to intimidate ASURI EXCOs or members or sabotage the strike should promptly be reported to the ASURI headquarters for immediate counter action such as mobilization for picketing.”

He said, “We should like to emphasize that this strike is not against the Management of any Research Institute but a struggle to improve the sector and we all know that when the goodies arrive, it is these CEOs that will be the first and major beneficiaries.”

Updating on some of the activities of the Union, Ndubuaku said concerning CONRAISS arrears, the “Minister of Labour and Employment, in response to our struggles, has written the Hon. Minister of Finance, Budget and Planning on the need to make the payment of the arrears a priority and this is a plus for everyone.”

He explained that on the NRIC Bill, ASURI, as part of its advocacy campaign in addition to the strike, and in collaboration with almost 30 Civil Society organisations,
the Bill has been re-presented at the Senate and has passed second reading, and the Public Hearing has taken place.

Nigerian Pilot reports that ASURI embarked on its strike which commenced on 21 December 2020 following the refusal of Supervising MDAs to direct Chief Executive Officers of Research Institutions to implement the Conditions of Service (COS) of Federal Research agencies, Institutions and Colleges as approved by the Head of Civil Service of the Federation.

Joint Research and Allied Institutions Sector Unions (JORAISU) also on October 13, 2021 declared its industrial action over the non-implementation of an agreement reached by the Federal Government with JORAISU in 2010.