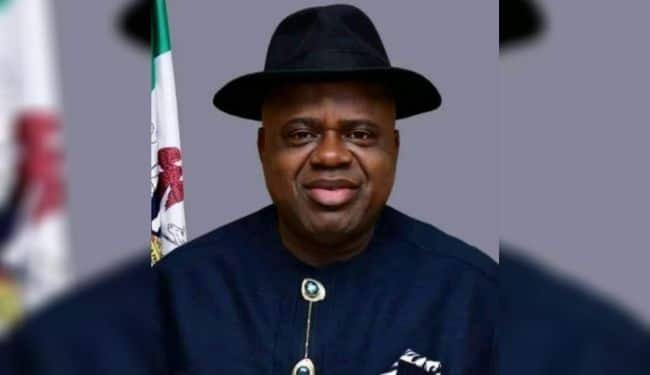 A statement by the state’s Commissioner for Information, Orientation and Strategy, Hon. Ayibaina Duba disowned Alabrah opposition to the rumoured bid of the former President, Dr. Goodluck Jonathan to contest the forthcoming Presidential Election under the platform of the All Progressives Congress (APC) in 2023 via social media insisting those are his personal views.

“This clarification becomes necessary because despite the fact that Mr. Daniel Alabrah clearly stated that the views he expressed were personal, many have mistaken his views for that of the Bayelsa State Governor, Senator Douye Diri and indeed that of his Government because of his position as Chief Press Secretary to the Governor.

“It must be stated here that Governor Douye Diri respects and holds the person and the position of the former President, Dr. Goodluck Jonathan in high regards.

“Members of the public should therefore disregard any unfounded attribution of the CPS’s unflattering personal views on the subject matter to the Governor and or the Government of Bayelsa State.

“Government further wishes to use this medium to warn appointees of the administration to be conscious of their position and appreciate that their opinion can easily be misconstrued for those of the Government.

“They are advised to exercise restraint and good judgement in their public discourse.

“Government will not hesitate to take drastic action against any appointee who throws caution into the wind, fails to respect his office and conduct himself in a manner that may put the Governor in disrepute, undermine the good image of the Bayelsa State Government or cause disaffection among stakeholders in the state”, the statement added.