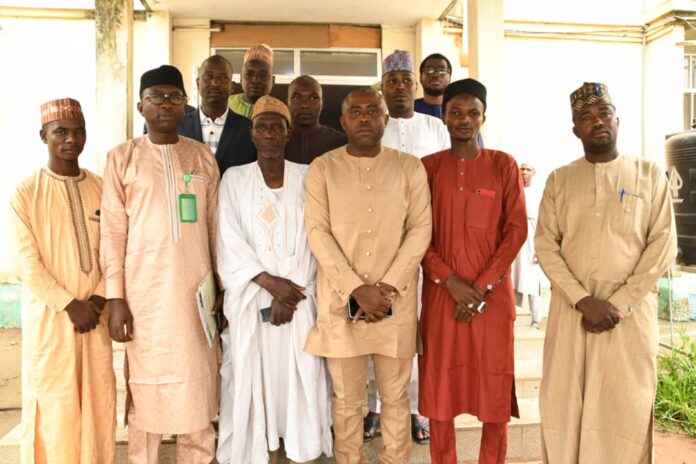 As Federal Capital Territory FCT, intensifies attacks on suspected criminals hideouts, the Minister, Malam Muhammad Bello,  said there was no going back on the planned removal of Apo-Dutse Pantaker,  famed to be one of the biggest scrape markets in the country.

Insisting that the place harbours suspected criminal elements,  the Minister said the ultimatum given to them, can only be extended by one week from today, Friday.

Senior Special Assistant on Monitoring, Inspection and Enforcement to FCT Minister,  Ikharo Attah who had an interactive meeting with stakeholders of the Pantaker market  on Friday noted that the Minister has given a marching order that the market be removed.

He noted that Operators of the Pantaker market admitted that the place was riddled with several challenges, but pleaded for enough time to enable them remove all their property.

Attah noted that the decision to extend the ultimatum by one week, was due to the Ramadan.  He explained that the Minister demonstrated magnanimity,  but insist that the location of the market was illegal and contravenes Urban and Regional planning rules.

” FCT Minister, Malam Muhammad Bello has given a marching order to clear the place, because criminals are largely hibernating their, even the the people have admitted that the criminals have stollen some electrical installations there.

” We have warned them and given them ultimatum before, but they pleaded that their pantaker is not like the other ones, but the biggest in the country. They said that parking their things will take almost one month.  We reviewed it because of the Ramadan and agreed on one week  after the Sallah to vacate the place”, Attah added.

One of the leaders of Apo-Dutse   Pantaker Market Association,  Ambusa Umar , said the operators have consented to the decision of the administration,  but pleaded for two weeks, instead of one.

Umar who noted that the operators are law abiding citizens,  working to eke out a living and also contribute to the country’s economic growth.

He equally acknowledged that the place have had security challenges,  but urged the administration to consider their request.