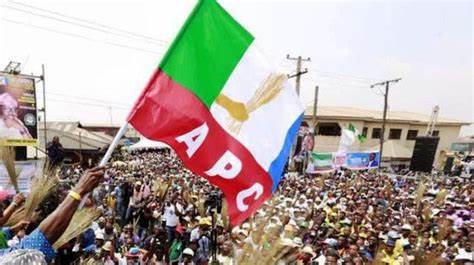 A socio-political group in Osun state, Osun Progressive Women Forum (OPWOF) yesterday enjoined all leaders and stakeholders of the All Progressives Congress (APC) in the state to give female aspirants at least 4 National Assembly tickets and 8 State Assembly tickets to represent people of their various constituencies.

The group also enjoined women in all nooks and crannies of the stare to massively come out and cast their votes for Gov Gboyega Oyetola in the July 16 gubernatorial election for all and sundry in Osun to experience unusual developmental projects.

This call was made known in a communiqué read by the Coordinator of the group, Mrs Joel Omolara and made available to Pressmen in Osogbo.

The group said in as much as the extant National Gender Policy (NGP) had recommended 35% affirmative action instead and sought for a more inclusive representation of women with at least 35% of both elective and appointive public service positions respectfully.

With this, Omolara opined that women in Osun are entitled to one (1) Senate ticket, 3 house of Representatives tickets, and 8 state house of assembly tickets.

According to the Coordinator, “we are begging all our esteem leaders in Osogbo Federal Constituency to please give us female candidate to represent us at the National Assembly, we have suffered and still suffering; we want a representative that can deliver dividends of democracy like Hon Taiwo Oluga and few others”.

“We don’t want a stingy, miser, heartless and callous member of the National Assembly who runs away after election and later comes back for a second term ticket believing that political leaders and elders have prices and money can do everything”.

“We don’t believe in a National Assembly member who picked his wife, son, daughter and sisters’ inlaw as his Legislative Aides in Abuja and left his immediate constituents in penury”.

The group also charged party elders and leaders to allow female candidates for the first time in history, to represent good people of Osogbo/Olorunda/Irepodun /Orolu Federal Constituency in the 10th National Assembly.

Omolara explained that it has been proven beyond reasonable doubt that female members of the National Assembly are performing excellently in the provision of effective representation and dividends of democracy in their various constituencies, noting that, if female candidate is given the opportunity, the entire people of Osogbo Federal constituency will experience unusual development and no one will have any cause to regret.

“We are tired of a National Assembly member that will be distributing snail cage as empowerment programmes while others like Hon Oluga and few others are busy empowering their people economically and socially with meaningful materials, infact, what Osogbo Federal Constituency is witnessing presently is nothing to write home about and very far from progressive representation”, Omolara said.

“As we all know that the roles of women in democratic politics cannot be underestimated, with respect for elders and political leaders, we are appealing to you leaders to allow 35% of women to represent us at the 10th National Assembly and no one will be disappointed”, she promised.

The group also charged all responsible women that are qualified and prepared to come out in their large number to show their aspirations and contest for any elective political posts of their choice, adding that female lawmakers are doing well in all parts of the country and we have all seen Hon Oluga as a typical example in Osun.

“As a group of responsible women in politics, we are very optimistic that female candidate is the best solution to the problems that are facing Osogbo Federal Constituency and we believed that our leaders will do the needful, inasmuch as male lawmakers have been tested in the constituency and we all have seen the consequences”, Omolara concluded.