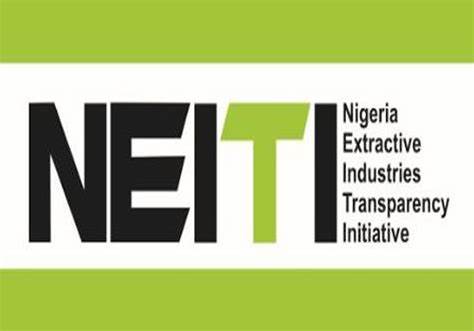 The information and data was contained in the latest Fiscal Allocation and Statutory Disbursement (FASD report recently published by the NEITI which covered the period 2017-2019.

Breakdown of the figures show that minerals and non-minerals revenue contributed N12.84 trillion (56.61%) and N6.57 trillion (28.97%) respectively, while Value-Added Tax (VAT) accounted for N3.27 trillion (14.42%). The cost of collection and Joint-venture cash calls deductions by revenue generating agencies accounted for the differences between revenue generated and remittance.

NEITI’s FASD audit examined total extractive industry revenue remitted into the Federation Account, tracked allocation and disbursement from the account to statutory recipients as well as utilization and application of the funds by the beneficiaries between the years 2017-2019.

Findings on Specific Agencies Covered by the Report

The NEITI FASD report revealed that FIRS generated the sum of ₦13.48 trillion within the period under review with Petroleum Profit Tax (PPT) accounting for N5.80 trillion (43.09%), while Value-Added Tax (VAT) and other taxes accounted for 32% and 24% respectively. The Service recorded highest revenue collection of N5.02 trillion in 2018.

The report disclosed that a total sum of ₦8.82 trillion was generated by NNPC within the period. Breakdown shows that ₦4.55 trillion came from domestic crude sales, while export receipts accounted for ₦4.27 trillion. It further disclosed that ₦5.33 trillion was deducted at source for JV cash call and others, leaving the net amount of N3.49 trillion as transferred to Federation Account.

From the report, DPR (now NUPRC) generated ₦3.53 trillion for the three years under review, with royalty payments accounting for N3.40 trillion (96.41%). The agency however transferred ₦3.53 trillion to the Federation Account. The audit established that the surplus of ₦6.72 billion was as a result of unremitted receipts from prior year.

Ministry of Mines and Steel Development (MMSD) generated ₦12.498 billion within the three years period. Breakdown show that Mining Inspectorate Department (MID) contributed N6.43 billion while Mining Cadastral Office (MCO) accounted for N6.06 billion. From the total revenue generated by the Ministry, a sum of ₦7.56 billion was shared to the three tiers of government in 2019.

On the NDDC, NEITI report revealed that ₦755.96 billion was generated by the Commission within the period under consideration. Breakdown shows that N551.08 billion (73%) was contributed by oil and gas companies, while the balance of ₦203.90 billion (27%) was Federal government’s contribution to the Commission.

The report further revealed that the total expenditure by the Commission during the period under review was N882.3 billion. Analysis of the expenditure shows that N778.29 billion (88.20%) expended on development projects, while operational cost accounted for N104.07 billion (11.80%) of the total.

NEITI audit established that there was a gap between actual development projects expenditure as per audited financial statements and project monitoring list provided by the Commission in the sum of ₦522.60 billion. “While N679Billion was reported in NDDC’s financial statement, the project monitoring list reported expenditure of N157billion on physical projects among the nine member states” NEITI audit report revealed
The report however, disclosed that forty (40) oil and gas companies defaulted in their payment obligation to the Commission. It also disclosed that the Commission did not receive any monies from the Ecological Fund as stipulated by the law throughout the three years under review, this obviously negatively affected revenue inflow into the Commission within the period.

On the Tertiary Education Trust Fund (TETFund), NEITI reported that the fund realised N644.19 billion within the three years under review. NEITI report established that the actual funds available for disbursement by TETFund in the three years period was ₦624.32 billion.
The report also disclosed that the sum of ₦102.14 billion (46.55%) was disbursed to the universities, while ₦46.12 billion (21.35%), ₦49.97 billion (21.97%) and ₦27.09 billion (10.12%) were disbursed to Polytechnics, Colleges of Education and other tertiary institutions programs respectively. NEITI noted that the process of accessing the fund is cumbersome and called on TETFund to simplify the process to enable more universities access the funds.
Petroleum Technology Development Fund (PTDF) revenue for the period under review was put at ₦155.34 billion and 95% came from signature bonus paid by oil and gas companies which is the main revenue source to the agency. NEITI report reveals that out of ₦86.34 billion utilised by the agency within the period under review, ₦59.84 billion was spent on core operating expenses while ₦26.35 billion and ₦143 million was for personnel / administrative expenses and capital respectively.

The report noted that the PTDF extended funding to 125 approved institutions, 43 locals and 82 foreign institutions. According to the NEITI report there was low expenditure compared with the revenue released during the years under review as only 56% of revenue was utilised.

NEITI report put total receipts by Nigeria Content Development and Monitoring Board (NCDMB) for the three years under review at ₦126.73 billion.

It noted that 1% Nigeria Content Development (NCD) payment accounted for N116.95 billion (92%) of the revenue. Federal Government stopped funding the agency from its budget in 2017. According to the report, 48.07% of the revenue was used for operating expenses while 51% was used for capital expenditure.

On Nigerian Sovereign Investment Authority (NSIA), NEITI report disclosed that the total financial flows for the three year period were ₦1.33 trillion. Breakdown shows that the sum of ₦76.28 billion was contributed by government to the funds in 2017, while the sum of US$250 million was approved by National Economic Council (NEC) in 2019 but the money was remitted to the Authority in August 2020.

The report also revealed that NSIA’s investment fund witnessed phenomenal increase of 71% within the three years under review to the sum of ₦946.36 billion and noted that the return on capital employed for the Stabilization Fund (SF), Future Generations Fund (FGF) and Nigeria Infrastructural Fund (NIF) were 8.68%, 7.21% and 5.40% respectively.

NEITI report disclosed that Petroleum Product Pricing Regulatory Authority (PPPRA) received a total of N27.68 billion as Federal government subvention for the three years period. It noted that the regime of subsidy payment on petroleum product was discontinued within the period under review.
The Ecological Fund (EF) recorded a total sum of ₦170.15 billion during the period under review with statutory allocation accounting for the 93.43% of the total revenues. NEITI report reveals that North-central received the highest projects in the sum of ₦36.08 billion, while South-south received the lowest projects delivered amounting to N10.93 billion. The report also revealed that National Emergency Management Agency (NEMA) received ₦34.04 billion from the Fund.

From the report, total receipts accrued to the Stabilization Fund (SF) during the period under review were ₦85.10 billion. Breakdown shows that Statutory Allocation contributed 93.44%, while other receipts accounted for 6.56%. NEITI reports disclosed that significant proportion of the fund during the period under review went into budget augmentation which was mainly disbursed to the states, noting that the 25% transfers to NSIA fulfil the Fund’s statutory requirement to be set aside for investment purpose.

The report further noted that N17.4billion was transferred from the Fund in 2019 to African Union (AU) as Nigeria’s share of contribution to the body. This transfer accounted for 19.74% of the total disbursement from the Fund during the period under review. The report also noted that expenses related to Federation Account Allocation Committee (FAAC) meetings and professional fees accounted for 8% of the total fund outflows.

On Development of Natural Resources Fund (DNRF), the report revealed that the Fund’s total receipts within the period under review were N284.92 billion. It noted 93.77% of it came from statutory allocation. The total disbursement from the Fund was N312.01 billion. Disbursements to Federal Ministry of Water Resources and capital projects accounted for 44% and 16% respectively.

Furthermore, the sum of N34.08 billion was transferred to NEMA in 2019 which represented 11% of total disbursement of the Fund. NEITI report revealed that not all receipts to the Fund were utilized for the purpose for which the Fund was established. For instance, a sum of N10.37 billion and N1.15 billion was paid to African Union (AU) and National Security Adviser for security in 2017 respectively from the DNRF.
FG, States & LGAs Shared N19.01tn Mineral Revenue

The report disclosed that the three tiers of government shared ₦19.01trillion mineral revenue during the period under review. Breakdown showed that the Federal Government received the sum of N8.85 trillion while N5.80 trillion and N4.36 trillion were received by the 36 States and Local Governments respectively.

On the nine selected states covered by the exercise, the report revealed that their combined revenues inflows within the three years period were N5.104 trillion. Breakdown showed that statutory allocation accounted for N3.55 trillion, while internally generated revenue (IGR) and loans accounted for N1.33 trillion and N227 billion respectively.

From the report, Delta state received the highest allocation from FAAC during the three years under review with a total of N712.6Billion. Akwa Ibom State came second with over N677.76Billion while Nasarawa received the least inflows at N156.64Billion.

Similarly, the report disclosed that Kano state stands out as the only state in the country that did not collect loans within the period under review, while Rives state collected the highest loan of N79.124 billion within the period.

NEITI report noted that that the nine selected states covered by the report were over reliant on revenues from the federation account by over 71%. It also noted that 81% of allocations to the states were used for recurrent expenditure.

The report noted that despite the low IGR by the states as highlighted in the 2017-2019 FASD report, the states showed remarkable improvement when compared to their performance during the 2012-2016 FASD audit exercise, a positive sign that the states are gradually paying attention to their IGR potentials.

Recommendations:
NEITI report outlined salient observations and made far-reaching recommendations. It recommended greater synergy among government agencies and calls for prudent management of mineral revenues among the three tiers of government.

NEITI advocated for stringent measures to prevent funds from being utilized for purposes outside of their mandate. It called on the federal government to ensure that monthly transfers to the Nigerian Sovereign Investment Authority are done as at when due to ensure adequate savings for the country.

States should continue to innovate to improve their IGR potentials to guarantee future self-sufficiency and improve on their capital vote/expenditure to help close the infrastructural gaps in order to trigger private sector investments that will positively impact on the state’s macro-economic objectives.