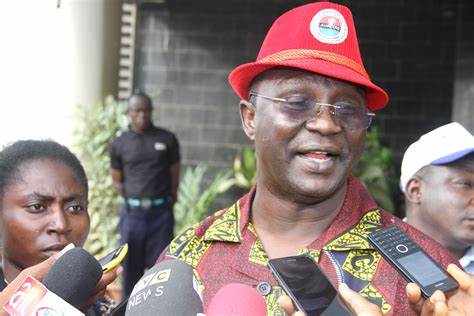 Nigeria Labour Congress (NLC) has said it will be left with no choice but to declare a three days nationwide warning strike if the Federal Government fails to resolve the industrial action embarked upon by the Academic Staff Union of Universities (ASUU).

The Congress said at the expiration of the 21 days ultimatum issued to the Federal Government, if the strike action by ASUU lingers, it will be forced to shut down the economy by asking workers nationwide to down tools.

This was contained in a communiqué issued at the end of the Central Working Committee of the NLC and signed by NLC President, Comrade Ayuba Wabba and General Secretary, Emmanuel Ugboaja.

Nigerian Pilot reports that the 21 – day ultimatum for the federal government to meet the demands of ASUU and the three – universities based unions: Non-Academic Staff Union of Educational and Associated Institutions (NASU), Senior Staff Association of Nigeria Universities (SSANU) and National Association of Academic Technologists (NAAT) will end on May 4, 2022

The communiqué reads in part, “On the ongoing strike action by unions in Nigerian universities, the CWC resolved as follows: All affiliates of the NLC are to issue public statements condemning the intermittent strike actions in Nigeria’s universities particularly the current one which has gone on for about two months;

“Within the span of the subsisting 21-days ultimatum given by Congress, the NLC will hold national protests against the current Strike action affecting students of Nigeria’s public universities and occasioned by government’s failure to honour agreement reached with trade unions in our universities. The protest is to draw the attention of government to the inherent catastrophe in the emerging culture of Social Apartheid in our society especially as marked by prolonged lockout of students from working class and poor homes from our public universities while the children of the rich continue their academic pursuits uninterrupted; and

“If at the end of the national protest and the 21-days ultimatum, the Federal Government still fails to resolve the industrial crises in Nigeria’s universities, the Congress would be left with no other option than to embark on a 3-days nationwide warning strike action in solidarity with our affiliates in the universities and with Nigerian students whose future and wellbeing are being robbed”, he added.

Peter Obi is the man we trust to restructure Nigeria – Afenifere