HomePoliticsNobody outside PDP can pick our presidential candidate – Ayu
Politics

Nobody outside PDP can pick our presidential candidate – Ayu 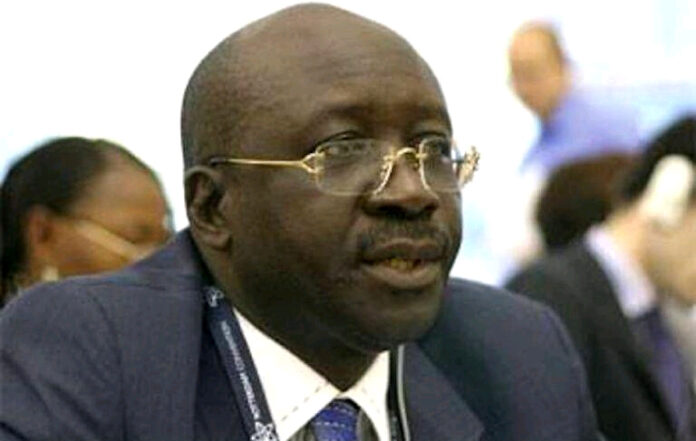 … I should have been given right of first refusal, says Atiku

National Chairman of the Peoples Democratic Party, PDP, Senator Iyorcha Ayu on Thursday said nobody outside the party can pick the presidential candidate of the party.

Last week some Northern Elders led by Prof Anyo Abudullahi had picked Governor Bala Mohammed and Dr Bukola Saraki as the choice of the North among the PDP presidential aspirants from the North.

Speaking at the PDP national secretariat when former Vice President Atiku Abubakar visited members of the National Working Committee, NWC to intimate them of his ambition, Senator Ayu said it is only delegates of the PDP that can determine who emerges as the party’s presidential candidate.

“Let me take time to explain to Nigerians that the party has its own internal mechanisms of selecting a candidate whether by consensus or by election we do it transparently.

“Those who love our party more than us should please tarry a little; they should not select candidates for the People’s Democratic Party. They don’t have our mandate and we will not concede that mandate to anybody, young or an elder who chooses by himself to choose a candidate for us.

“Our internal processes will go ahead and we are going ahead with it. At the end of the day, we’ll come up with a candidate chosen by the members of the Peoples Democratic Party themselves. It is that candidate that will present to the rest of Nigeria for the forthcoming elections.

“We appreciate the enthusiasm of those who support our party from the outside. They should continue to do so. But they don’t have our mandate to determine who will be our presidential candidate.”

He urged Atiku Abubakar and other presidential aspirants to lobby support from members of the party and maintained that the NWC members will remain neutral and will not work for any particular aspirants.

“I’m saying this to make it clear that those who say oh, because of my personal relationship with you, as chairman, I’ll work for you. Mr. Vice President, I will not work for you as an aspirant. I will work for all the 17 aspirants. It is left to you to convince the delegates of our party that you are the best. You have to market yourself, you have to work hard.

“This National Working Committee for now we remain an umpire. We are not going to take side with any particular aspirants. But we love you all. I’ve said repeatedly that each one of you given the opportunity will run this country better than what APC has done or will be able to do.

“So in that light, our delegates drawn across the 36 states plus Abuja were ultimately gather hopefully in Abuja and select one of you and the day a candidate emerges we will all rally around that candidate and make sure we win the presidential election next year.

“If you happen to be the choice of our delegates all of us sitting here, the National Working Committee will work very hard to ensure that you win the 2023 elections and when you win it will not be taken away again as it was done in 2019.”

Earlier in his speech Atiku Abubakar described himself as the best aspirant, adding that he should have been considered for the right of first refusal at the initial stage.

“And I dare say Mr. Chairman, I am the best candidate. Under normal circumstances Mr. Chairman, this is a guy who has already 11 million votes in his kitty. And I think, as a party, you should give me the right of first refusal but we are in a democracy.