HomePoliticsIt’s not easy aspiring to be president – Bauchi governor
PoliticsTrending

It’s not easy aspiring to be president – Bauchi governor 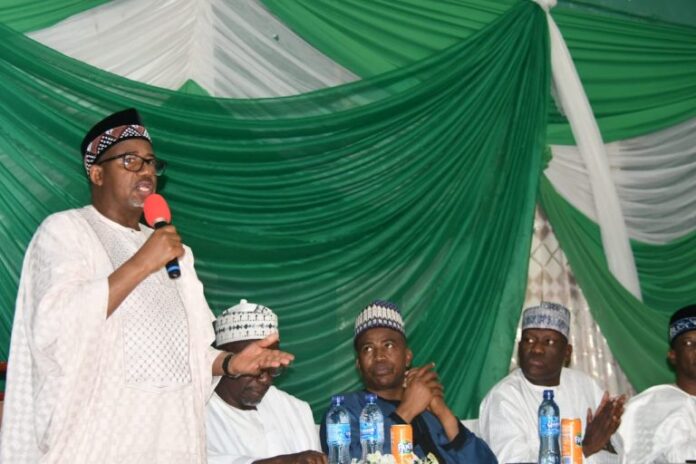 Gov. Bala Mohammed of Bauchi State has said that it was not easy aspiring to be president while serving as a state governor at the same time.

Mohammed said this while hosting leadership of the Nigerian Labour Union (NLC), media chiefs, and Traders Artisans Association to a Ramadan fast break (Iftar), on Friday at the Government House, Bauchi.

He said that his move to join the Peoples Democratic Party (PDP) presidential primaries ahead of the 2023 general election was to serve the best interest of Nigerians.

The Forum said its decision was based on certain criteria adopted in assessing the four presidential hopefuls from the north who presented themselves for the exercise.

Mohammed said that, “this Ramadan has been very beneficial, I apologised that I have not been able to do it the way I did it last year because I have had to run up and down trying to be president and at the same time trying to be governor.

“It is not easy to be in all places at the same time but I am doing it for you because we have to put Bauchi on the map.

“There are some more eminently qualified people to do governorship and presidency in Bauchi. We hid behind for too long and it is time for us to accept with humility and present ourselves so that we can provide services to this country.

“We are going to do it with humility and as democrats, whatever happens, it is to the glory of God.”

The governor, who decried spate of porosity in the state’s payroll, called on any civil servant who had not been paid his salaries to come forward for effective investigation and solution.

Mohammed said that his administration was working in collaboration with the NLC in the state to deal with the ghost worker syndrome.

“The labour union has really supported us.

“Today; we are proud, our local governments are paying their salaries on their own and in time without anybody saying he has been defaulted,” he said.

He said the government was working through the office of the state’s Head of Service and NLC, to address leakages in its payroll, and to ensure that everything is right.

“We have always said that if there is any person not being paid his salary, please, without arrogance, with all humility, let him come forward.