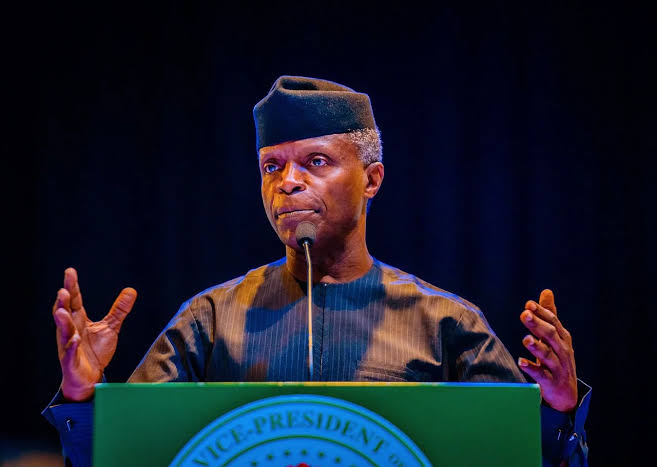 Academic Staff Union of Universities (ASUU) and other unions in tertiary institutions, who are currently on strike, have been urged to embrace dialogue.

Prof. Yemi Osinbajo, Vice President, made the appeal during the 2022 International Workers Day celebration on Sunday in Abuja with the theme, `Labour, Politics and the Quest for Good Governance and Development in Nigeria’’.

ASUU and other unions in the Education sector had embarked on a nationwide warning strike to press home their members’ demands.

Others are the renegotiation of 2009 ASUU-FG Agreement and the inconsistency in Integrated Personnel Payroll Information System (IPPIS), among others.

Osinbajo said that the federal government was not unmindful of the ongoing strike in public universities and also the anxieties of students and their parents and the thoughts of uncertain future.

“We are not unmindful of the anxieties of our children and their parents who are plagued by thoughts of an uncertain future as they stay home because their universities have been shut by an industrial action.

“I appeal to ASUU and the broader labour community to seek the path of dialogue,’’ he said.

The vice president, however, noted that disagreement and debate have always been part of the relationship between labour and the government.

He added that, even as we disagree today, we must not do so as mortal adversaries but as members of the same progressive family.

According to him, we both want the same thing – a country that works for all and offers each citizen a fair deal – even if occasionally we differ on how to achieve this goal.

“But at all times, we have through dialogue found a path forward. It is in this spirit that I call on ASUU to embrace dialogue with the Government.