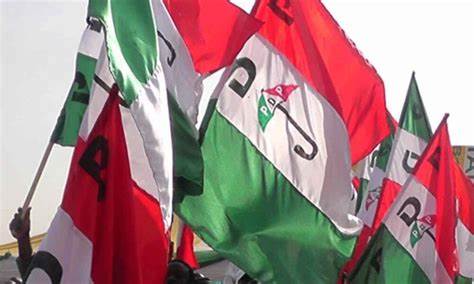 Lagos State chapter of the Peoples Democratic Party (PDP) on Sunday said that six aspirants were jostling for the party’s governorship ticket in 2023 general elections.

The State Publicity Secretary of the party, Mr Hakeem Amode in a statement, disclosed that the aspirants had appeared before the Sen. Ahmed Makarfi-headed screening panel at the party’s Zonal Office in Ibadan.

“Eleven aspirants from Oyo, Lagos and Ogun states appeared before the panel in Ibadan.

Amode said that the chapter had on Wednesday screened aspirants for the Senate, House of Representatives and the state House of Assembly.

He commended the party’s screening committee and aspirants for successful clearance.

Amode also commended the party’s leadership for the ward congresses to elect 3-member ad hoc delegates ahead of the party’s primaries.

Expressing gratitude to all the stakeholders and participants, Amode said that the smoothness of the exercise was an indication that the party was ready for the 2023 elections.

He said that the screening was successful due to the calibre of aspirants that had come out to contest various seats in the 2023 elections.

“The peaceful screening is an indication that PDP is ready to play fair in the coming elections.

“PDP is very ready to take over Lagos, make governance about the people and give Lagos residents reasons to sleep with both eyes closed.

“For this reason, the party has made sure the best and most capable hands within the party have come out to contest for the 2023 elections,” he said.

The News Agency of Nigeria (NAN) reports that PDP will conduct a national convention to nominate its Presidential candidate for the 2023 general elections on May 28 and May 29.

It also fixed May 21 for the conduct of its governorship primary elections to pick its candidates.