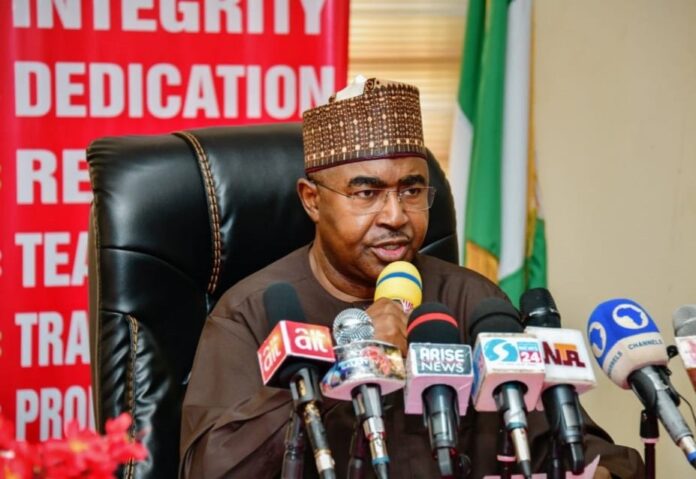 Chieftain of the All Progressives Congress APC and Former Commissioner of Information, Culture and Tourism Mr. Jonathan Vatsa has expressed support for the suggested drug integrity test for those aspiring to hold public offices.

He told Journalists in Minna, on the heel of the suggestion by the Chairman of the National Drug Law Enforcement Agency NDLEA Brigadier General Buba Marwa that the drug integrity test should be conducted on those aspiring for public offices

The Former APC Publicity Secretary in Niger State however suggested further that such test should not be restricted to those aspiring to be President alone but to all aspiring into all elective and appointive offices.

Mr. Vatsa a consistent advocate of good governance posited that such a drug integrity test will signal the true change from the usual practice where even drug addicts are elected and appointed into public offices.

The APC chieftain said “if you elect a drug addict to public offices, the implication is not only using public money to buy drugs but the fellow is capable of taking decisions that are drug induced because a drug addicted mind is always unstable.”

Rather than treating the suggestion of the Chairman of the National Drug Law Enforcement Agency NDLEA with levity, he advised President Mohammed Buhari and the Independent National Electoral Commission, INEC to look into the suggestion to bring sanity to the political system.

He was optimistic that if such a suggestion is given the deserving attention, the findings on the stability of those in position of authorities in terms of drug integrity test will shock Nigerians.

“We have lamented over good governance, yet we don’t want to take practical steps like drug integrity tests for us to decipher the situation and get to the root of our problems”, Vasta opined.

While commending the NDLEA Chairman, the APC chieftain appealed to Nigerians to mobilize and demand for drug integrity tests ahead of the 2023 general election.