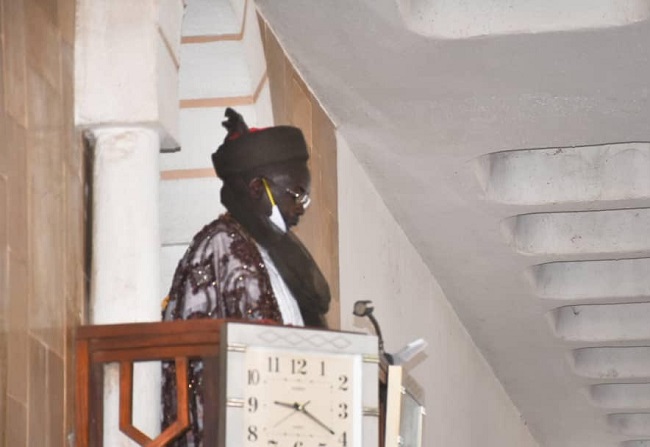 Chief Imam of Bauchi Central Mosque, Alh Bala Ahmad Baban Inna, has cautioned people of the state to desist from making negative remarks or cursing their leaders, saying such behavior has its negative impact.

Alh Baban Inna stated this during his Eid-El Fitr Sallah sermon on Monday at the Bauchi Eid- El praying ground, where he warned that cursing of leaders is against the teaching of Islam and will never bring about any positive change in the society.

He advised Muslim Ummah to always seek the support and intervention of Allah from whatever difficulty we may find ourselves, rather than cursing our leaders.

He however, warned government officials and other politicians to desist from engaging youth as their political thugs especially as the 2023 general elections is around the corner.

The Chief Imam pointed out that engaging youth to serve as political thugs can easily bring setbacks to their future as well as the society.

Meanwhile, the Emir of Bauchi, Alhaji Rilwanu Sulaiman Adamu has advised people of his Emirate to always promote unity and peaceful coexistence.

The Emir was speaking in his Sallah message at the Bauchi Emirs palace said it is only through peace that government would provide social amenities and bring about development in any society.