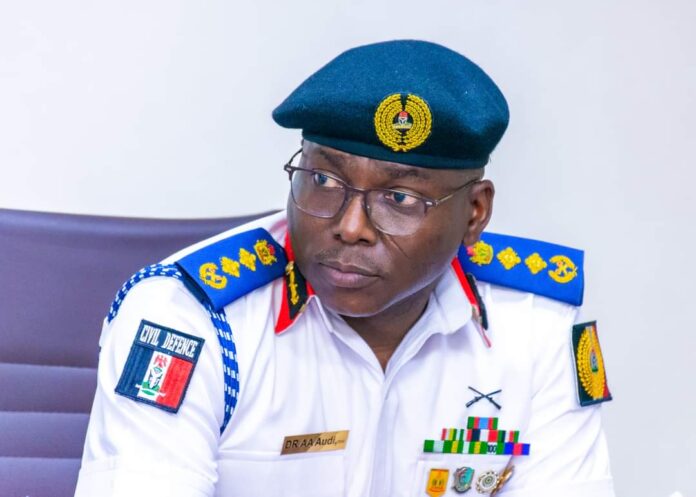 In a bid to ensure adequate security of lives and maximum protection of all Critical National Assets and Infrastructure in the country, before, during and after Eid-al-fitr celebration; the Commandant General of Nigeria Security and Civil Defence Corps, Dr Ahmed Abubakar Audi, has deployed 20,000 personnel for the Eid-Fitr celebration.

He maintained that the personnel of the Corps must remain valiant and tactically prepared to neutralize the activities of criminals during the festive period and beyond.

He noted that, the time to be extra vigilant and more security conscious is now, considering the current security situation in the country which calls for more concerted efforts and adequate preparation against sudden attacks on innocent citizens and Critical National Assets and Infrastructure by bandits, terrorists and other nefarious Individuals who takes advantage of festive seasons to unleash terror in order to make the country unlivable and the political space ungovernable.

Dr Audi reiterated that the Corps is going to join forces with other security agencies in the country to ensure hitch free worker’s day and Eid al-fitr celebration by declaring total war on all criminal elements bent on circumventing the peace and safety of the country. He declared that he has ordered the deployment of 20,000 personnel nationwide to every nook and cranny of the country to maintain security and fish out criminals from their hideouts.

The Corps helmsman maintained that the covert operations of the Corps ab initio have led to some criminal hideouts and black spots in some parts of the country and to this end, a marching order has been given to all State Commandants and Zonal Commanders to put to effective use all personnel during this period to curtail their excesses..