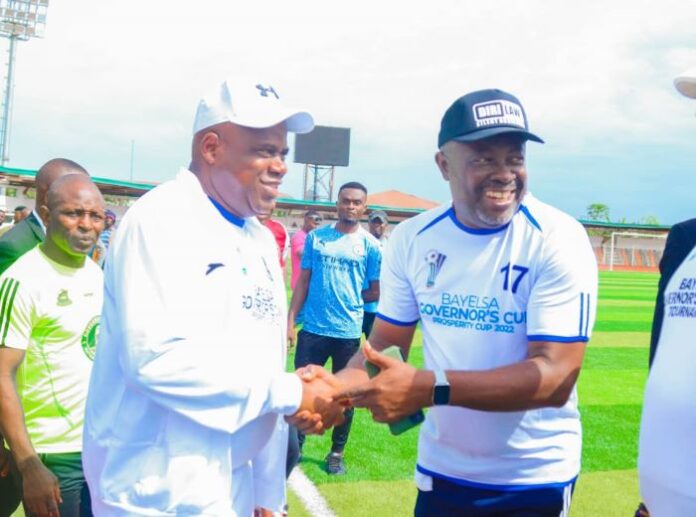 Declaring the tournament open, Diri said the competition was aimed at curbing youth restiveness through sports, describing football as `a sure means of engaging youths’.

The News Agency of Nigeria (NAN) reports that this is the first time Gov. Diri is hosting the cup since assumption of his administration.

He advised participating teams to play according to the rules of the game, calling on the players to take advantage of the tournament to develop their talent.

In his remarks, the Commissioner for Youths and Sports Development, Daniel Igali, attributed the achievements in sports in the State to the governor’s support.

Earlier in an address, Director-General of the Prosperity Cup, Mr Ono Akpe, thanked the governor for the attention given to sports in Bayelsa state since he assumed office in February 2020.

He explained that 206 teams would take part in the competition, making it one of the largest grassroots football tournaments in the country.

Goals from Godwin Francis in 32 minutes and Ebi James in 66 minutes ensured that the BMU students returned to their classes with victory while Benedict Berekubo got the consolation for the losing team.

Action continues on Friday in the tournament in 20 venues across the eight Local Government Areas of Bayelsa.