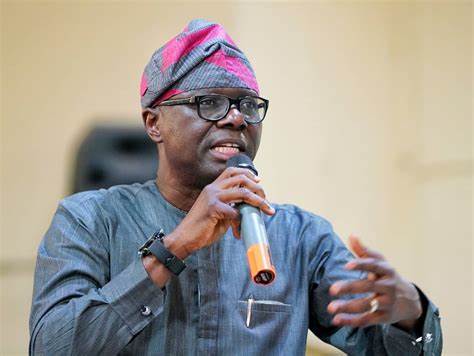 A call has been made to the Lagos State Governor Mr Babajide Sanwo Olu to charge all agencies looking into building and structural construction to carry out their duties diligently on buildings who are not worthy to be an habitant for occupants.
The permanent Secretary Lasema, Oluwafemi Damilola applaud everyone who made themselves available in the search.

He prayed for quick recovery of those rescue and the lost of lives in the collapsed building.
An old three storey building comprising rooms and parlour was discovered to have collapsed at 24, Ibadan street Ebute Meta area of Lagos State yesterday.

While in search of information, unanimously it was revealed that the incident occurred at about 10.56pm. with as yet undetermined number of people trapped.

The Lasema pro Mr Nosa Okunbor and all other agencies such as the Frsc, police, Red Cross,
During the Search and rescue, Labsca, Fire Service, Nema were on ground to give outright support in the collapse building search.

Twenty three-rescued alive out of the victims rescued two sustained severe injuries and have been taken to LASUTH for further treatment.

A member of an NGO, Lagos environmental platform aimed at providing quick information availabe to the state government and its environs, Mr Adesina Tiamiyu , Mr Roland the chief coordinator of the platform, An Activist Mr Olayiwola ibrahim as well as other members were on the run to assist and monitoring the scene of building by giving adequate information to agencies to uncover the trapped victims.
Further search on other trapped victims are still on going, while resident of the community and neighbors are also making efforts to support the search.