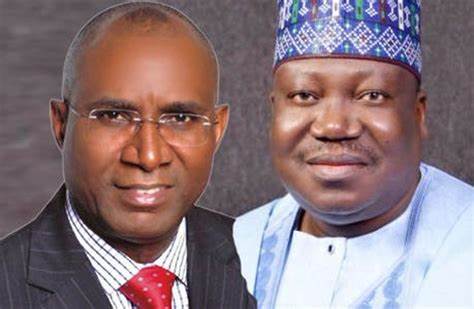 Senate President, Dr. Ahmad Lawan and his deputy, Senator Ovie Omo-Agege, have felicitated with Nigerian workers on the occasion of this year’s Workers’ Day, applauding them for their hard work, diligence and sacrifice over the years.

Lawan, in a statement signed and issued by his Special Adviser on Media, Ola Awoniyi, also celebrates the workers for their immense contributions to the development of the nation.

“Nigerian workers deserve our appreciation and respect for their contributions to the development of our country.

“I also salute them for their patriotic cooperation with the government and other institutions in the collective efforts to address societal challenges.

“There is no gainsaying the fact that Labour creates wealth for the nation, the more reason that the welfare of the Nigerian workers should always be accorded priority.

“As Parliament, the National Assembly will continue to partner with the Organised Labour in addressing issues that affect workers and the generality of the Nigerian people.

“Despite the prevailing challenges, the relationship between Labour and the Government should be cooperative in the overall interest of the country.

“In the spirit of May Day, I appeal for a speedy and amicable resolution of the ongoing negotiations between the Federal Government and the Academic Staff Union of Universities, ASUU to ensure that our universities reopen for learning and research.

“We should always be mindful that no society can make meaningful progress without industrial peace and harmony,” Lawan stressed.

On his part, Omo-Agege in a statement signed by his Special Adviser on Media and Publicity, Yomi Odunuga, noted that the workers efforts are largely responsible for the greatness of the country and the respect Nigeria now commands in the comity of nations.

The Deputy Senate President, who is seeking to govern Delta State on the platform of the All Progressives Congress, APC, lamented the refusal of the Ifeanyi Okowa-led administration to pay senior citizens their pensions and gratuities after serving the state meritoriously.

“The continued neglect and refusal of the state government to pay their pensions and gratuities speaks to the disdain, aversion, contempt, derision and hatred by the Okowa-led government for workers.

“Unfortunately, many retirees have passed on without collecting their entitlements while others have resorted to riding commercial motorcycles popularly called Keke to make ends meet. Current workers are also not that hopeful that they would be receiving their entitlements as and when due upon retirement. This does not speak well of an oil-rich state like Delta.

“It is a sorry state that those who have diligently served the state for the most productive part of their lives are treated like second-class citizens by the state government”, he said.