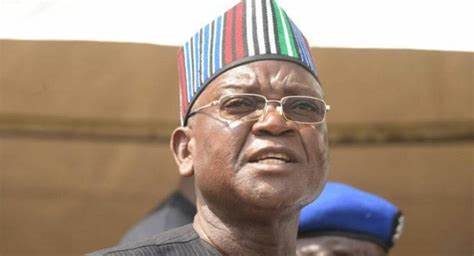 The road links Guma and Logo Local Government Areas of the state.

The Governor stated that the road, which covers 39 kilometers, has five major bridges, several box culverts as well as rings and pipe culverts.

He said the government has to cough out the amount despite paucity of funds because of the desire of his administration to open up rural roads to enhance security and economic well being of the people.

Governor Ortom assured that the road, together with that of Tomatar-Agenke-Tse Ginde, which had earlier been flagged off covers 93 kilometres and would be completed and commissioned before the end of his tenure.

He advised the people to take ownership of the projects in their domains by ensuring that they support the contractor and protect the equipment as well as materials from being stolen.

The Contractor, Engineer Michael Vaatia expressed appreciation to Governor Samuel Ortom for his deliberate policy of encouraging indigenous contractors and assured that he would execute the project to specifications.

Earlier, the President-General, Saghev Development Association, Mr. Amande Tsea, said the people would not forget in a hurry what the Governor has done for them by undertaking the construction of the road.

The Governor later commissioned the health facility built at Tse Tseen by the Victim Support Fund, VSF in conjunction with the Benue State Government.