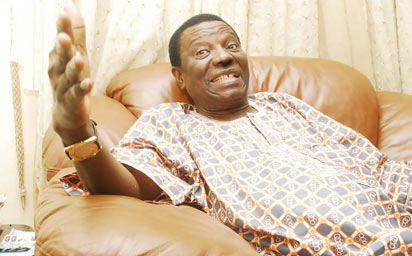 Secretary International Press Institute IPI Ahmed I. Shekarau, has disclosed that the former Director General of the Nigerian Television Authority (NTA), Prof. Tonnie Iredia, will be the guest speaker at the one-day symposium to commemorate the 2022 World Press Freedom. He made this known yesterday in a statement made available to media in Abuja.

The statement said further that Prof. Iredia, who is now a lecturer in Mass Communication at the Nasarawa State University, will speak on “What Journalists and Media in Nigeria Need to Do to Keep Safe, Retain Credibility and be Sustainable”.

The statement lists as panelists to discuss the former NTA DG’s presentation, the Senior Special Assistant on Media to the First Lady, Hon. Muhammad Sani Zorro; President of the National Association of Women Journalists (NAWOJ), Mrs. Ladi Bala and the Nigeria Police Force Public Relations Officer, CSP Olumuyiwa Adejobi.
The panel discussion, according to the statement, will be moderated by the Editor-in-Chief of LEADERSHIP, Mr. Azubuike Ishiekwene.

According to the statement, the event, which is scheduled to hold on Friday, May 6, 2022, at the National Press Centre, Radio House, Area 8, Garki, Abuja, will be graced by top media leaders, editors and reporters, and is to kick off at 10am.

It also announced that provision has been made for remote participation by stakeholders who may not be at the venue of the event. The Zoom link for virtual participation is as follows:

The statement said that IPI Nigeria will be hosting the World Press Freedom Day symposium in collaboration with the national body of the Nigeria Union of Journalists (NUJ).

IPI Nigeria is an affiliate of IPI, with headquarters in Vienna, Austria, which is a global network of media executives, editors and leading journalists, established in 1950, to crusade for media freedom in every corner of the world. Members of the body are totally committed to credible and independent journalism, media freedom, freedom of speech and the free flow of news and information.