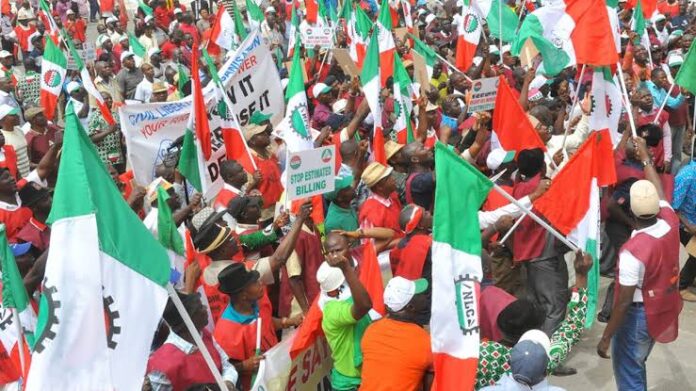 As Nigerian workers resume work today after the concentrated holidays to commemorate International Workers Day and Sallah, it is important to highlight, in particular, the plights of the Nigerian workers.

For decades now, the plight of workers have remained a central focus of every May 1, the day of International Workers Day celebration. Nigerians workers equally joined workers all over the world to mark this year’s workers day.

The theme of 2022 International Workers’ Day is ‘Labour, Politics, and the Quest for Good Governance and Development’. For good measure, the theme is asymmetrical with the condition of the mass of Nigeria in the civil service, formal and informal sectors, etc.

We have consistently maintained on this platform that under the present administration, the Nigerian workers and the masses have seen worse days as they have been buffeted by compounds of socio-economic woes under this government.

The so-called Minimum Wage being the take home of the Nigerian civil servants is indeed a fraud in lieu of the prevailing economic realities in the country. How on earth can N18,000 afford accommodation, school fees, feeding, health care, and myriads of other daily needs in Buhari’s Nigeria?

To make matters worse, economic policies by the present administration have worsened the plight of the masses, including aged pensioners, who take home monthly pittance. For instance, it was this government that increased VAT from 5percent to 7.5percent. The bills of epileptic electricity, pay TV services, fuel scarcity and it’s attendant arbitrary price increases in goods and services, among several other factors made life a living hell for millions of our citizens.

What indeed crowned the nightmares of the Nigerian workers is the inertia, pathology and paralysis of the labour leadership under the NLC. Nigerian labour activism nay unionism has never had it so terrible as it is presently under Wabba.

In all the sufferings and lamentations of Nigerian masses as a result of endless bloody banditry, insurgency, mass kidnapping, highly offensive policies of government, the NLC looks the other way like a corn man.

That is why we call on workers all over the federation to be determined to be at the centre of genuine democratic change in the 2023 election. Nigerians workers should use their voters’ cards to kick out bad government and vote in credible persons with better prospects for positive governance and better welfare, not only for the workers but for the entire Nigerian masses.