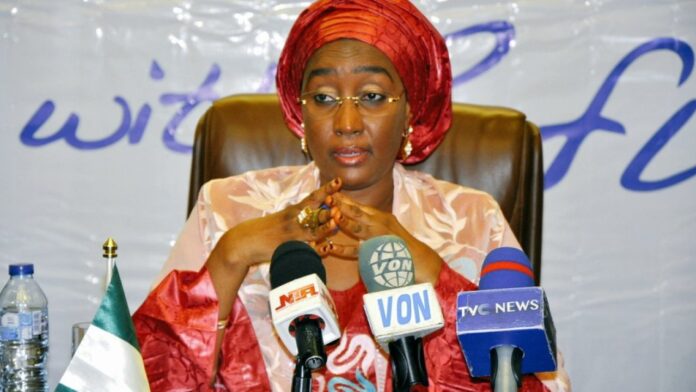 Sadiya Umar Farouq, the Minister of Disaster Management and Social Development has urged security agents to crack down on illegal refineries in Imo state.

Farouq spoke in Owerri, Imo state when she paid a condolence visit to the government of the state due to last Friday night’s explosion at a forest in Abaezi community in the Ohaji Egbema Local Government Area of the state which claimed over 100 lives.

She urged community leaders to cooperate with governments to curb oil theft in oil-producing areas.

Farouq said that her Ministry would work with National Emergency Management Agency, NEMA to provide relief materials to the affected community.

Represented by Alhasan Nuhu, she said, “The Ministry is well aware that poverty and limited access to socio-economic opportunities have increased vulnerability of communities; leading them to seek illegal and risky sources of income.”

“We have come to Imo state to convey the Federal Government’s sympathy to the government and good people of Imo state over the unfortunate explosion at Abaezi forest, Ohaji Egbema LGA which occurred on Saturday, 23rd April 2022. This unfortunate disaster happened only one week after another tanker explosion in Lagos; the Ministerial Press Release decried the two incidences.

“We pray for the repose of the souls of those who lost their lives in the disaster and condole with their families and the Government of Imo state. While certain hazards or disasters are preventable, we shall continue to pray to the Almighty God for His mercy, protection and understanding of disaster risks and how to avoid them.

“As soon as the news of the disaster at Abaezi broke, the National Emergency Management Agency (NEMA) was activated to respond along with other relevant disaster risk first responders. Unfortunately, we lost many lives. No amount of response or relief will be able to compensate for this wanton loss of lives, property and livelihoods.

“Your Excellency, we can never say it enough that this disaster was avoidable; our loved ones would have still been with us if the operators of the refinery had done the needful by approaching the appropriate authorities to seek legal means of refining the crude oil.

“NEMA shall provide the necessary disaster risk information and assessments, as well as implement risk strategies to bring awareness of the consequences of such illegal crude oil refining to the local communities.

“Hence, I implore community leaders, traditional and religious leaders, women and youth groups to join hands with NEMA to serve as watchdogs and continuously advocate against the setup and safe use of refinery facilities in their communities in order to protect lives, property and the environment.

“It is obvious that disaster risk management is first a local and collective endeavour before it becomes national”, he stated.