PSC promotes Magu to AIG ahead of retirement 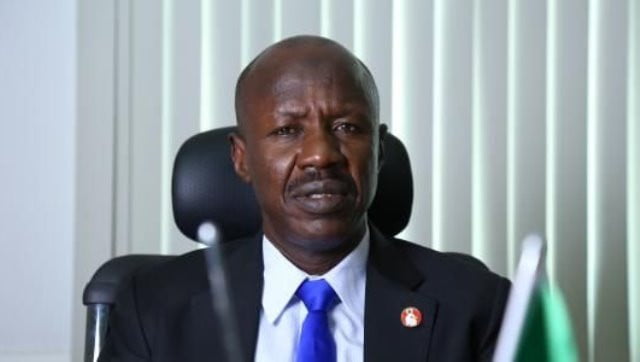 Police Service Commission may have concluded plans to promote a former acting Chairman of the Economic and Financial Crimes Commission, Ibrahim Magu, to Assistant Inspector-General of Police.

This follows a recommendation by the PSC Standing Committee which called for Magu to be elevated to AIG, a development that may set the commission on a collision course with the Attorney-General of the Federation, Abubakar Malami (SAN).

Magu, a Commissioner of Police, has tendered his pre-retirement notice and will officially retire from the force on May 5.

The decision to promote Magu, the most senior Commissioner of Police, followed the recommendation of the Inspector-General of Police, Usman Baba.

Magu’s ordeal began in July 2020 when he was suspended from office as acting EFCC chairman by the President, Major General Muhammadu Buhari (retd.), over Malami’s allegations against him and he consequently appeared before a presidential panel headed by retired Justice Ayo Salami set up to probe him for alleged graft and insubordination.

The PSC had last July declined to promote Magu during the promotion of 24 CPs and other officers.