Zoning: Between ambition and national interest 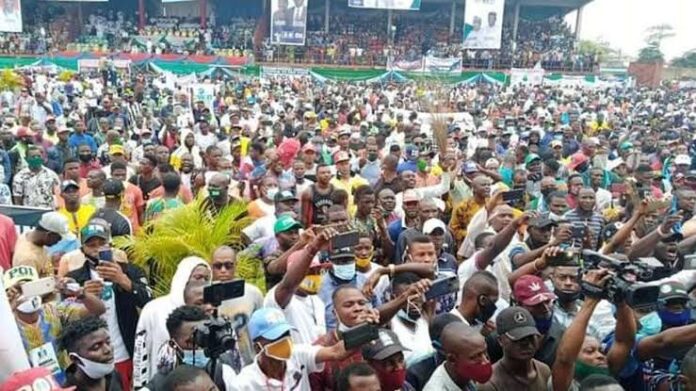 Ambition is the oxygen of life. Man lives all his life driven by ambition- the quest to achieve one thing or another.

The motive for such an ambition differs from one individual to another. It could be religious, political or economic.

No matter what the motivation is, what matter most are the morality or otherwise, and of course, the capacity to back such ambition.

Therefore, politicians and those who seek to govern countries are admonished, and expected to be driven by patriotic and altruistic instincts. In essence, the national interest should supersede personal and narrow interests in the quest to grab power.

But really, what is the national interest? Who defines it? What is morality? Whose morality? The debate of what is national interest and morality, or who defines the terms is a whole academic exercise. Therefore, the writer will like to summarise for the purpose of this write-up, that national interest should be viewed as the shared common values, culture and norms with a binding moral, political and unwritten constitutional effect on all members of a given community or country. Therefore, political actors within a country must learn to play by the rules and agreed values and positions, beyond the limits of formality.

In essence, such values and agreements need not be written to have a commanding and binding effect on all. After all, some Western democracies like the U.K are governed largely by unwritten laws, norms and conventions. When political exigencies, especially as occasioned by the crises that followed the annulment of June 12, 1993, presidential election, widely acclaimed to have been won by Chief M.K.O. Abiola, politicians in the national interest decided to agree to rotate power between North and South, with the South-West Zone in the South taking the first slot in 1999.

Although some of us had to shed our puritanistic commitment to merit in order to accommodate the decision in the interest of national wellbeing. I am not a fan of zoning. But I am also not unmindful of the peculiarities of my country which require accommodation and giving strength to upgrade the weakness of others or sections of the country in the overall interest of national cohesion.

After eight years of former President Olusegun Obasanjo in power, he handed over to Umaru Yar’adua from the North. Unfortunately, Yar’adua died a year to the end of his first four years in office. Consequently, ex-President Goodluck Jonathan, his deputy from the South-South Zone, completed his tenure.

Jonathan went ahead to win a fresh term in office from 2011 to 2015. President Muhammadu Buhari from Katsina, in North-West Zone, has been in office since 2015 till date. Logically, many feel that after President Buhari’s eight years in office, in 2023, political power should rotate to the South.

Sadly, politics is not logic. Hence, many politicians of the Northern extraction and also some from the South maintain that power should be retained in the North.

Although, the ruling All Progressives Congress, APC has no qualms with power shifting to the South as it has already zoned the Presidency to the South.

However, the major opposition political party, the People’s Democratic Party, PDP, says the contest for the Presidency should be thrown open, as it hopes that the North might retain power with the like of former Vice-President Abubakar Atiku in the race.

Many of those who believe that power should be retained in the North argue that the South has had more time and years in office as President of the Federal Republic of Nigeria. Unfortunately, such argument beggars the truth.

It is devoid of political foresight, and indeed, a perverse political mathematics, occluded of numerical exactitude which negates quadratic equation of political algebra.

Those who canvass such arguments are invariably saying that Nigeria just became a country in 1999.

Was Nigeria not in existence before then?

For the record, Nigeria became a country, an independent nation in 1960, and it has been led politically by Nigerians since then. Let us for the purpose of comparing likes to likes, and discount the years of the locust reign by the military. Therefore, between October 1st, 1960 and July 1966, Nigeria was a civilian government operating parliamentary democracy. Also from October 1st, 1979, to December 31st, 1983, Nigeria operated presidential democracy as it has been doing since.

May 29th, 1999 till date. Surprising political gladiators, such as Atiku Abubakar, Bukola Saraki and Aminu Tambuwal say, zoning not important or relevant now.

Ideally, and for someone like me, it shouldn’t be. But a precedent had been set. We must all learn to play by the rules even if it is inconvenient to us. Atiku, Saraki and Tambuwal became relevant on the national political stage on the basis of zoning.

They are products of zoning. Atiku became Vice-President due to Zoning. Saraki became Senate President as a result of zoning arrangement; Tambuwal became Speaker because it was zoned to North-West. Perhaps, personal interest is bigger than national interest when certain individuals are involved.

There is also the argument by Atiku and Tambuwal that as members of opposition PDP, zoning does not relate to them as the main objective is to capture power first, and then share the government later.

That is not only a dubious argument, but also a clever way of dodging the bullet of political truth. Was PDP not in opposition in 2019?

As Governor Nyesom Wike rightly observed, when the PDP presidential primaries took place in Port Harcourt, in 2019, the Presidency was zoned to the North, hence Atiku, Saraki, Tambuwal, Kwankwaso and Datti Ahmed all Northerners contested.

So, when did the tune of the music change to warrant different political dance steps? Nigerians must realise that any nation without shared values and norms that are morally binding on everyone, especially the political elites cannot experience peace, stability and growth.

Such a country is bound to witness arrested and captive development as everyone, mostly the political class pulls in different directions in pursuit of selfish agenda and narrow visions.

Norms, rules, conventions and shared values are what steer a country in the same direction as everyone is motivated and guided to act similarly, or in a positive predetermined direction.

Hence, Nigerian politicians and elites must learn to obey rules and avoid planting wedges that will further exacerbate our already bad situation of mutual suspicion, nepotism and arrested development that is prevalent in our country.

Politics, especially in our clime, is largely influenced and propelled by personal, selfish interests and primordial values. All the political gladiators are arguing and proffering reasons to suit their personal agenda and goals.

If the table were turned, they would argue otherwise. It would amount to delusion for anyone, no matter from whichever region to believe that most of the politicians are driven by patriotic and national interests.

Everything is about personal survival and ambitions. That is why for those who believe that the North is greedy for power as exemplified by Atiku et al, should be reminded that even as the debate on power to be shifted to the South is ongoing, the South-West Zone is the most vociferous in the pursuit to grab the trophy.

Isn’t that strange for a region that has had eight years as President under Obasanjo and seven years and still counting of Prof. Yemi Osinbajo?

Truth is, in politics, as it is in Nigeria, personal ambitions override the national interests when it is about grabbing power.

Politicians, especially the Nigerian breed, have a way of making simple matters complex, especially when personal interests and ambitions are involved.

There is no need for heating up the already tense polity with needless squabbles over zoning or no zoning, or which zone should produce the next President.

Since we are so tied to our ethnicity and have stream rolled the rotation of power between the North and the South, the political mathematics should be easy to resolve.

In 2023, power should rotate to the zone that has never tasted it in civilian rule: the North-Central and South-East.

Due to the ethnic nature of our politics, when power is zoned to the South-East, it must include the Eastern Minorities. Thereafter, when power returns to the North, it should go to the North Central.

Let it be clear that it is not compulsory that every zone must complete two terms in office. Once a zone is given an opportunity, only its performance in office should guarantee it a second term. As the North-Central holds power, after that we can all relax the policy of rotation and let merit reign, then no zone would have the moral spine to cry foul over marginalisation.

As politicians say, power is not served a’lacarte. Therefore, those from the favoured zone should do all in their power to court and reassure the other zones and get their buy-in for support.

After all, politics is about compromise and consensus building. Nigerians, especially our political elites must learn the spirit of accommodation, recognising our strength and weaknesses, with a view to evolving synergy and adequate husbandry of our human and material resources.

It is in the spirit of nationhood and recognition of our different abilities, that the concepts of Federal Character and educationally disadvantaged states were ingrained in our constitution and norms of governance and development. What is the use of running speed to a destination without your siblings?

…Osa is a journalist and lawyer, lives in Lagos.