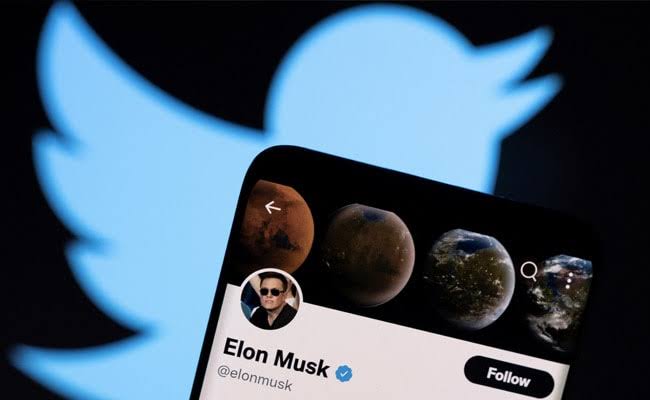 On the heels of his acquisition of Twitter, billionaire entrepreneur, Elon Musk, on Wednesday said governments and other commercial users may have to pay to use the micro-blogging platform.

It would be recalled that Nigeria’s President, Muhammadu Buhari on Monday tweeted for the first time since the country reversed the ban it imposed on Twitter in June last year.

The Nigerian Government had imposed the ban on the social media platform after it deleted tweets of Buhari, in which he referenced the Nigerian Civil War, and threatened to deal with those behind insecurity in the “language they understand”.

Buhari took advantage of the Sallah celebration to share photos of himself observing the Eid-el-Fitr prayer with others Muslim faithful at the Mambila Barracks Parade Ground in Abuja.

This comes months after the Nigerian Government lifted the ban which lasted till early January this year.

After his $44 billion purchase of Twitter, Musk has now hinted that Buhari and other users may have to pay for using the platform.

Meanwhile, internet users have suggested that this comes as a payback to the Buhari-led Government, which had, among other conditions, demanded tax remittance from Twitter before reinstating the platform in Nigeria’s social media space.

Confirming fears by the majority that his takeover might lead to commercialisation of the social media platform, Musk in a tweet in the early hours of Wednesday, said commercial and government users will pay for the platform.

He, however, said the micro-blogging site would “always” remain free for casual users.

Justifying his move to commercialise the platform for commercial and government users in a series of tweets, the billionaire entrepreneur said free services led to the downfall of great businesses.

“Twitter will always be free for casual users, but maybe a slight cost for commercial/government users.

“Some revenue is better than none!

“Twitter will always be free for casual users, but maybe a slight cost for commercial/government users,” he tweeted.