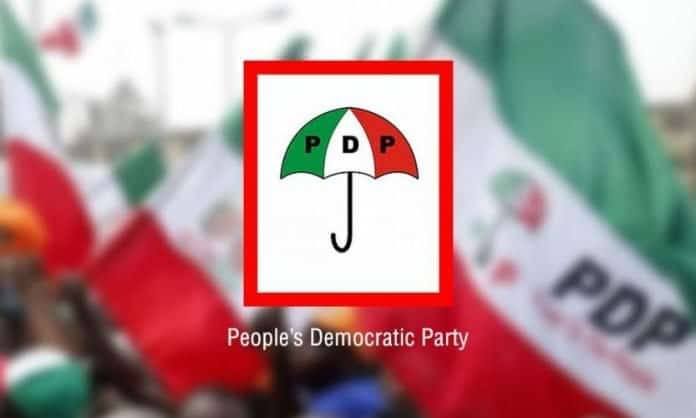 National and State House of Assembly aspirants on the platform of the Peoples Democratic Party (PDP) in Anambra have expressed worry over the inconclusive delegate election in the state.

The aspirants who addressed the media at the party Secretariat, Awka on Wednesday regretted that the committee which was in Anambra to conduct election for 3-man ad hoc delegates could not conclude the task.

Mr Onyebuchi Offor, an aspirant for Anambra House of Assembly who read the Communiqué signed by no fewer than 70 concerned aspirants called on the National Working Committee of PDP to intervene and spare the party from electoral doom in the state.

According to him, the party may not produce candidates in the 2023 general election.

They urged the party to conduct the botched delegates’ election on or before May 5 or allow the existing ward and local government executive to conduct the exercise.

“We note with pain and dismay the inability of Jibrin Ahmed led committee to conduct the three-man ad-hoc Delegate election that was to hold on April 30 but was rescheduled to May 1 due to unavailability of original result sheets.

“We passionately call on the National leadership of our great party, PDP, to expeditiously repeat the botched exercise on Thursday, May 5 so as not to jeopardise our chances in the 2023 elections.

“Or in the event of exigency of time, the already existing ward and LGA executives can go ahead to conduct the primaries.

“The same Committee for the repeat of three Ad hoc Congress could equally be mandated to conduct the national delegate elections the next day,” he said.

The aspirants said they reaffirmed their resolution in a meeting with the panel set up by the national leadership of the party headed by Arapaja in a meeting held on April 26 where they agreed that Anambra congresses should be concluded.