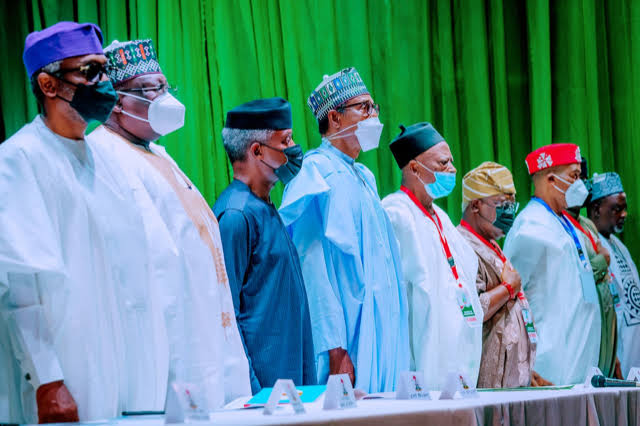 After months of speculations and denials, serving governor of the Central Bank of Nigeria, CBN, Godwin Emefiele, Friday picked the 2023 presidential nomination and expression of interest forms of the ruling All Progressives Congress, APC.

The CBN governor picked the forms after paying the prescribed mandatory N100m naira.

Emefiele’s procurement of the forms ended months of speculations surrounding his ambition to contest the 2023 presidency under the platform of APC.

Party sources confirmed to Nigerian Pilot Correspondent that Emefiele’s payment of N100 million for the nomination and expression of interest forms was confirmed by the Finance Department of the party after which the form was released to him on Friday, May 6, 2022.

Emefiele’s decision to run for the office of the president in 2023 follows months of speculations regarding political aspirations of the Agbor, Delta State-born former Managing Director of Zenith Bank.

Emefiele had, in response to the controversy on his alleged moves to vie for Nigeria’s number one office, asked ‘speculators’ not to draw him in, as he would rather focus on fixing Nigeria’s monetary policies and aligning them with Federal Government’s fiscal policies.

Not minding his position on the matter, speculations have been rife that the Nigeria’s number one banker is being primed by some political interests to run for the office of the president, an offer he has apparently found difficult to resist.

Meanwhile, there are indications that political hawks are set to fight him dirty in the coming days, as the nation’s ‘economy minder’ officially and publicly steps into the murky waters of the overcrowded 2023 political race.

However, Emefiele is yet to resign his appointment as required by the newly amended electoral act.

It was also gathered that the former Governor of Zamfara state, Sani Yerima will also obtain his form today.

All the aspirants were represented by their political support groups who collected the forms on their behalf.