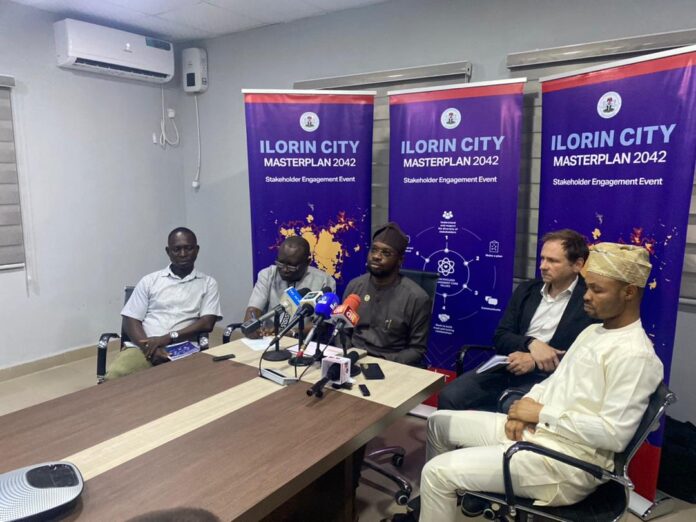 Kwara state government is set for the unveiling of a new Ilorin city master plan targeted at repositioning the capital city for modern development.

Speaking with journalists in Ilorin on Friday, the executive chairman, Kwara state Geographic Information Service (GIS), Abdulmutalib Shittu, who doubles as the chairman, working committee of the Ilorin master plan project, said that the new master plan; the second since the creation of the state, includes action plans for sustainable development.

“The first was designed in 1976 during the regime of David Bamgboye and expired 21 years ago. It was long overdue to address the issues of a growing population in Ilorin, plans for road expansion, wastage disposal/management and other aspects that make safe and decent human living possible.

“The new master plan would have such infrastructure as industrial park, bus mass transit, model international market, special economic zones, new cities, such as new education and residential cities, among others”.

Mallam Shittu, who said that the project outlines the challenges and prospects, including action plans for sustainable development of the state, added that it would cover trade and investment, healthcare, agriculture, transportation, housing, tourism, education, and infrastructure, among other sectors.

He also said that the plan is expected to take care of perennial flooding in the metropolis, as well as strong windstorm and other natural phenomenon, adding that proper survey of flood plane areas in the area had been studied.

“Ilorin is growing with about 3.5 million population and thete is the need to plan ahead for that future growth.

“To design the plan according to reality and global standards, the state government appointed the services of Dar Al-Handasah consultant ltd in February 2021, they set out immediately by In-Field data collection and stakeholders Engagement, Population estimates and projections, Urban and Rural conditions, Institutional Framework and Social Infrastructure as well as Economic baseline and emerging prospects for the capital city. It is inclusive and encompassing. The masterplan will be handy for development partners, and local and foreign investors, putting Kwara as the go-to place in North Central for investments and partnerships.

“We are very convinced that Ilorin Urban Master Plan does not only lay the foundation for future major residential and economic developments in the city, it also seeks to position the state as the most appealing in Nigeria to live and do business. It is a bold vision of providing the best quality of life for all”.

He said that the draft of the urban plan would be presented to members of the general public on Wednesday, May 11, 2022 in Ilorin.