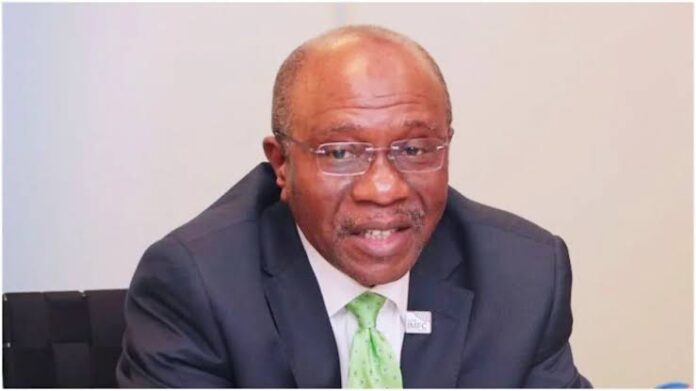 There is currently wild jubilation at the Arewa House following the decision of three different groups to purchase the Expression of Interest and Nomination Form of the All Progressives Congress (APC) for the Governor of Central Bank of Nigeria (CBN), Dr Godwin Emefiele..

The groups, Rice Farmers Association of Nigeria, Friends of Emefiele and Emefiele Support Group, had on Friday bought the form for Emefiele after contributing and paying the N100 million.

They said Emefiele is the only responsible and responsive person to succeed President Muhammadu Buhari at the 2023 general election, hence their decision to purchase the form for him.

The Arewa Consultative Youth Movement (ACYM), in a statement on Saturday, said it is excited about the development.

The group made its position known in a statement made available to journalists in Abuja.

It said with the purchase of the form, the party and the country has moved a step closer to an Emefiele Presidency in 2023.

The ACYM said its members are convinced that Emefiele holds the key to expansion and consolidation.

“We commend the groups and their members who have the foresight to purchase the form to further convince Emefiele to join the race. They have shown that they are committed to national development.

“Having studied Emefiele’s performance at the apex bank in the past years, we have no doubt that he holds the key to the expansion and consolidation of the nation’s economy.

“We know for a fact that his Presidency will attract good tidings to Nigeria. All those who mean well for this country must therefore join their forces to ensure that he contests.

“Nigeria needs a selfless leader at this critical period of its history and we have found such attribute in Emefiele”, the youths stated.