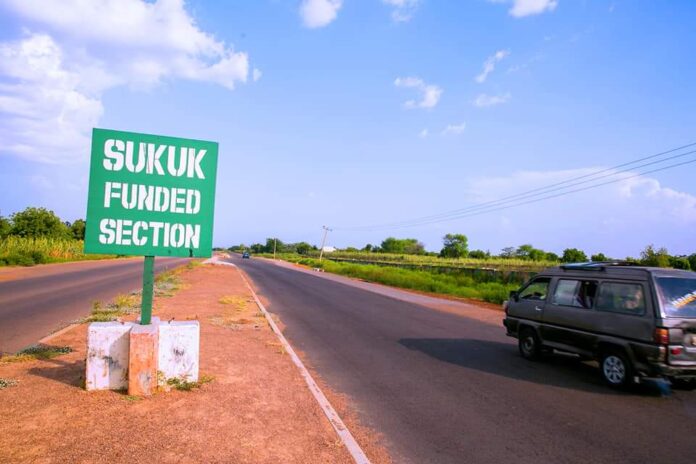 Minister of State for Works and Housing, Mr. Mu’azu Jaji Sambo said there is a provision of N3bn Sukuk fund in year 2022 by the Federal Government to finance the Numan- Jalingo Road in Adamawa and Taraba States, adding that once the Sukuk fund is accessed shortly there would be remarkable progress at the construction site. He made the disclosure during his working tour to the rehabilitation of the road and other road projects in Taraba and Adamawa States.

The Minister said that, “The 103 kilometre Numan- Jalingo road is part of the Maiduguri –Calabar Highway.The section of the road that is not motorable is not acceptable.The road is the only connection between the North and South on the North Eastern axis of the country.”

Sambo said the people of Taraba State are very appreciative and delighted with the 80 housing units commissioned in Taraba State this week by President Muhammadu Buhari and they are very calm and happy with the ongoing works on township roads in Jalingo.

The township roads: Hassan,Yelwa and DSS are three critical roads in Jalingo which have defied all the civilians administrations in Taraba State since 1999.

Sambo said that the successful works on the internal roads in Jalingo, the Taraba State Capital has given the people the hope that this current administration is capable of delivering the Numan -Janligo Road.

He remarked that he wouldn’t blame the contractor for the slow pace of work, saying it was due to the insufficient budgetary provision in the past and covid -19 pandemic that affected the progress of work.

He said, however, with the current improved funding provision the contractor was expected to service its equipment and be more serious on the construction work.

He added that if the company was found not to have the capacity to complete the job, government would not hesitate to terminate the contract and re-award it to a competent one.

While briefing the Honourable Minister on the progress of work on the Numan- Jalingo Road Project, a Senior Civil Engineer at the site,Engr. Maria Kenneth Zirrah representative of the Federal Controller of Works Adamawa State said insecurity, lack of construction materials and funding were responsible for the slow pace of work on the road project.