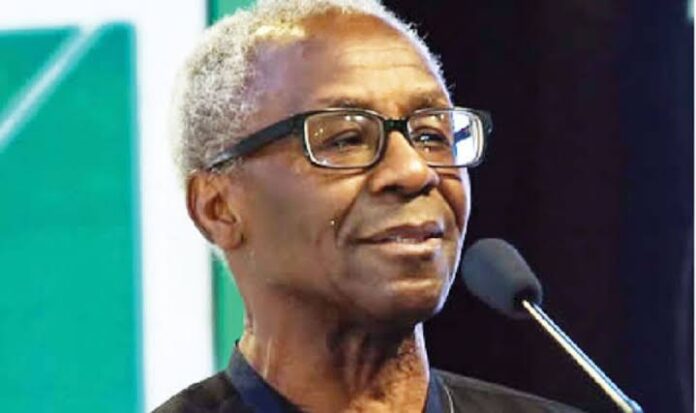 Oyewale Tomori, President, Nigerian Academy of Science, was the pioneer Vice-Chancellor (2004-2011), at the Redeemer’s University, Nigeria. He is a Fellow of the Royal College of Pathologists (UK), Nigeria Academy of Science and Nigeria College of Veterinary Surgeons and a recipient of the Nigeria National Order of Merit (NNOM), Nigeria’s highest award for academic, intellectual attainment and national development.

Professor Oyewale Tomori is a multiple-award-winning specialist in human, zoonotic and veterinary viruses including the poliomyelitis virus and immediate-past president of the Nigerian Academy of Science and former Vice-Chancellor of Redeemer’s University, Nigeria.

He became the Head of the Department of Virology at the University of Ibadan in 1984, leading research efforts that investigated viral infections, such as Ebola Hemorrhagic Fever, Lassa Fever, Yellow Fever, and Marburg in various African countries. In 1994, he was appointed as the Regional Virologist for the WHO Africa Region.

During the ten year tenure with the WHO, he set up the African Regional Polio Laboratory Network, comprising of 16 laboratories, providing diagnostic support to the global polio eradication initiative. The Network was a forerunner of other regional diagnostic laboratory networks for measles, yellow fever, and other viral hemorrhagic fevers.

Professor Tomori’s research interests include a wide range of human viruses, and zoonotic and veterinary viruses including the Yellow fever virus, the Lassa fever virus, the poliomyelitis virus, the measles virus, the Ebola virus and a hitherto unknown virus, the Orungo virus, which he elucidated the properties of and registered with the International Committee of Virus Taxonomy.

This discovery is considered an outstanding contribution to the discipline of virology. Professor Oyewale Tomori is recognized as one of Africa’s frontline Lassa fever researchers.

He received in 2002, the Nigerian National Order of Merit, (NNOM), the country’s highest award for academic and intellectual attainment and national development.

He was recognized, in 1981, by the American CDC, with the United States’ Department of Health and Human Services Public Health Service Certificate for contribution to Lassa Fever Research, and in 1990 he was awarded the Nigeria National Ministry of Science and Technology Merit Award for excellence in medical research.