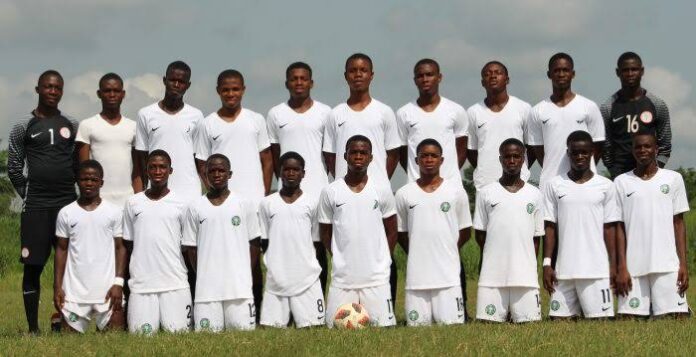 President of Nigeria Tennis Federation, NTF, Dayo Akindoju has said the federation’s partnership with Davnotch Nigeria Limited has been very rewarding in terms of talents discovery and the sport’s grassroots development.

Akindoju in Abuja that a lot of talents had been discovered as a result of the tournament.

He added that it had indeed given the federation a platform to assess the players.

“Last year, in the first edition, we discovered a lot of talents and equally went ahead to find the right players to represent the country.

“We had the World Cup of Tennis last year and that was the very first time Nigeria participated in that tourney which took place in Lithuania.

“Infact, the winner of the maiden edition of the Davnotch Open was one of the top players who played in that tournament and she did extremely well.

“Even though we didn’t get promoted, we however had a very good outing in Lithuania.

“In a similar event in the wheelchair category, the winners at the Davnotch Open equally went to represent the country in the World Team Cup Wheelchair Tennis in Antalya, Turkey and had a great outing.’’

He added that apart from the wheelchair athletes, there were a lot of junior athletes who also took part in the tournament and did well.

“These young athletes are been monitored. Most of them are currently playing in Togo, while others took part in international tournaments last year after participating in the maiden edition of the Davnotch Open.

“It is worthy to note that most of the international tournaments hosted in Abuja, like the J5, the Junior Category of the under-18 event and in almost all the other categories in both men and women events, were ultimately won by Nigerians.

“So, the Davnotch Open has exposed a lot of our players like I said earlier. It has indeed given us that much-needed platform because without a platform you cannot have the basis to assess these players.

According to him, “So, it’s been a very good opportunity to partner with DavNotch to ensure that this tournament happens on a yearly basis.’’

The second edition of the Davnotch Open which officially began on Friday at the Moshood Abiola National Stadium in Abuja will end on May 14.

“But we are very happy that today Emmanuel Ochei, the Director at DavNotch, has further assured us of their intention to host it beyond that period.’’

He also disclosed that the competition’s singles qualifying draw has in the men’s category 128 players, with the main category having a draw of 64 players.

The NTF President said the doubles main draw has 16 entries, while in the women’s category, the singles’ qualifying draw has 64 players and the main category 32 players.

“There are 16 entries for the doubles here.”

Akindoju added that the wheelchair singles main draw for both the men and women categories was 16 each. A total of 9.2 million Naira will be won as prize monies at the competition.