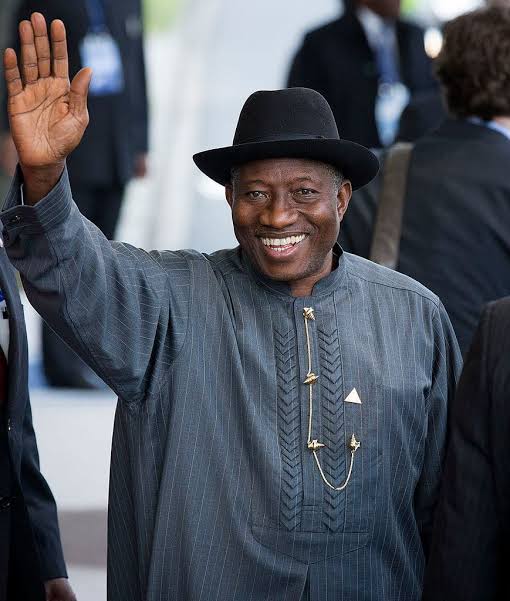 *Say his administration will ensure equality for all classes of Nigerians

Former president Goodluck Jonathan has finally joined the 2023 presidential race after picking the All Progressives Congress, APC, nomination and expression of interest forms.

The forms which cost N100m were procured for him by a group of Nomadic pastoralists and Almajiris who claimed they sold their cows and crops to gather the money.

Though Jonathan is yet to officially receive the forms or react, the development finally puts paid to months of speculations surrounding the rumour of the former president’s entry into the presidential race.

He ran the 2015 election on the platform of the Peoples Democratic Party (PDP) and lost to the All Progressives Congress (APC) candidate Major General Muhammadu Buhari (rtd), as he then was, and willingly handed over power to him.

Recall that Nigerian Pilot had in April reported that hundreds of friends and supporters of former President, Dr. Goodluck Jonathan stormed his Abuja office demanding that he declares his intention to run for the office of the President in 2023.

The supporters carrying placards bearing varying inscriptions such as “you are a good man”, “Jonathan, you’re the only voice of the masses we know”, “Jonathan you must run” among others insisted the former President remains their only hope for a better future.

The elated and enthusiastic supporters took over the entire Taraba Street and other adjoining straits in Maitama singing and chanting the names and glory of Jonathan while disturbing the flow of traffic in the process.

But Jonathan, who took about an hour to come out to address his supporters, said he was still in the process of consultation and would soon make known his decision whether to contest or not.

While acknowledging their overwhelming support, the former President urged his teeming supporters to continue to pray for peace and unity of Nigeria and that God should provide the right candidate to lead the country.

Addressing journalists Monday at the International Conference Centre, ICC, venue of APC sale of forms, leader of the group, Ibrahim Abdullahi, said Jonathan remains the most patriotic of the aspirants who has the love of the pastoralists and Almajiris at heart.

“I represent two of the most vulnerable communities in our country, the Nomadic pastoralists and the Almajiris who have decided to purchase this form for our former President, Dr. Goodluck Jonathan to come back and rule this country and continue with the good work he has done.

“He’s the first President to remember two of the most vulnerable groups in the country.

“He brought a comprehensive policy of reformation and integration of the Almajiris into the mainstream education system in Nigeria.

“It was the dream and the vision of President Goodluck Jonathan that if that programme had continued, it would one day produce from the Almajiris System of education doctors and engineers unlike what obtained today.

“Unfortunately, that programme was set aside as soon as he left. The other part of the vulnerable communities that Jonathan really wanted to give a sense of belonging was the Fulani and the Nomadic pastoralists.

“You will recall that he set aside N60 billion in the coffers of the Central Bank of Nigeria which was to be used to develop livestock in Nigeria.

“I believe if the government had continued with the programme, we would have been the Denmark, the Sweden, the Holland of the entire Africa.

“We could have been what Denmark is to Europe in terms of livestock production, in terms of milk and beef and so on.

“We are ready not only to purchase this form for Jonathan, I want to assure you that our community, the pastoralists community, has the voting power of about 9 million votes plus the Almajiris who also can produce about 5 million votes.

“All we are asking other Nigerians is to give us at least 2 million votes and we are home and dry,” Abdullahi said.

As at yesterday, there are no fewer than 24 presidential aspirants on the platform of the ruling APC while the sale of nomination and expression of interest forms ends tomorrow.

The opposition Peoples Democratic Party (PDP) had closed the sale of its form last week, screened the 18 aspirants that bought the forms at the cost of N40 million each and cleared a total of 15 aspirants.