HomePolitics2023 presidency: APC'll go into wilderness if it goes South and PDP...
Politics 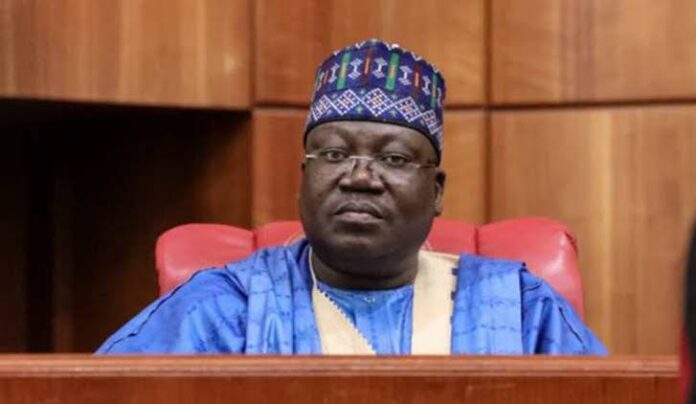 As the politics of 2023 presidential election gets more dicey, the ruling All Progressives Congress, APC, has said it is watching keenly so as not to play into the antics of the opposition Peoples Democratic, Party PDP, in selection of its presidential flagbearer.

Representative of president of Senate, Ahmed Lawan and chieftain of APC, Chief Sam Nkire, who stated this yesterday, said the party has been forced to abandon its zoning agenda as it prepares to go into the presidential primary election because of the possibility of PDP giving its presidential ticket to a northern candidate.

Chief Nkire said this at the International Conference Centre, ICC, Abuja, when he led some members of the national assembly, businessmen and politicians to procure the presidential nomination and expression of interest forms for Senator Ahmed Lawan.

When asked on why Senator Lawan, a northerner, decided to contest since APC appeared to have zoned its presidential ticket to the South, Chief Nkire, who was the Deputy National chairman of Reformed-APC, stressed that should APC give its presidential ticket to a Southerner and opposition PDP gives its to a northerner, the ruling party will automatically go into oblivion.

“Let me tell you, you’re a journalist not a politician. Every politician is in politics to win. It is PDP that is driving us to do this. We have to say so. But we don’t want PDP to take the government from us. If you give the position to a southerner and PDP gives to a northerner, APC will go into the wilderness and we are not ready to go into the wilderness,” he said.

Ahmed Lawan has joined the growing list of presidential aspirants in the ruling APC.

So far, about 30 aspirants have indicated interest in contesting position of the president on the platform of APC while about 25 of them have obtained the nomination form.